Gut Check wasn't sure what to expect, walking into this film. Very little was known about it -- except that it was a Terrence Malick film, which, when combined with the title of the film and the trailer that included outer space, babies and waterfalls, gave us a few hints about the kind of nebulous journey to come.

As it turns out, Tree of Life unfolds as a sprawling, lyrical mess that delivers fleeting glimpses of extraordinary beauty, but as a whole fails to move. Its own relentless ambition to transcend is precisely what keeps this film (and one's emotions) anchored to the ground.

However, since the film was only part one of the dinner lunch and a movie combination, we had to decide what to eat once the movie concluded, and after careful deliberation, settled on a bologna sandwich. 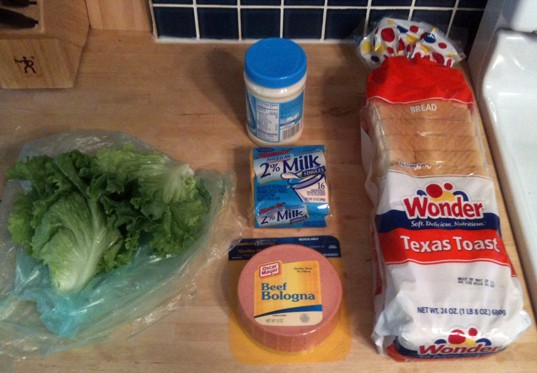 Since the movie focused on the wonders of creation, this brand had the perfect name for the bread that I shall taketh. Additionally, there's another connection in that the narrative portion of the film took place in Waco, Texas.

Admittedly, I struggled with this decision. Wonder's Classic White seemed like another great option since Malick decided to use the prototypical white, American family as the symbol for the universal family experience.

This was a point of both irony and disappointment for me. For a film that tried so desperately to transcend the day-to-day trappings of the human condition while pulling back the curtains that cloak the limits of time and space, it made the ridiculous decision to finally zoom in on our little planet and focus on an all-white, male-dominated family living in Texas circa the 1950s. Nope -- not a cliche at all.

Seriously, why America? Why the '50s? Why not Turkey or Zimbabwe or any nation not typically explored in American cinema so that we can see the true universality of the human experience? On the one hand, the film is as ambitious as it can be while the other hand tries to sneak by a trite, derivative storyline camouflaged with a few tricky camera shots.

Miracle Whip Again, the film explored the miracles of life so the name of this particular condiment seemed fitting of a sandwich constructed in its honor. Also, there was definitely some whippings courtesy a granite-shelled Brad Pitt.

Leaf Lettuce This ingredient symbolized the verdant lush of the natural world and the leafy branches of the tree of life itself. At this point, I decided to walk across the street to Tower Grove Park to enjoy my sandwich. Why? Because I wanted to take in the simple joys of nature. I wanted to watch the sunlight break through a net of leaves as a light wind cooled. I wanted to watch real people enjoying what was left of the day. I wanted to lay in the grass and stare up at the big blue nothing above.

For me, that was the biggest sin of this film. Malick didn't trust the audience to just get it. He was constantly directing. His hand was always present, pulling and tugging you to the experience he wanted to ensure that you had. But the universe doesn't need an operatic background score. It doesn't need the "wisdom" of the Bible framing the narrative so that you know this is about deep stuff. Life is sublime on its own and Malick simply tried too hard to shove that sublimity down our throat.

American Cheese Again, it was the all-American family, and that was cheesy -- just like these puns.

Oscar Mayer Beef Bologna I'm not going to lie. There was a random scene with cows near the beginning of the film that got me thinking, "beef, it's what's for dinner." Also, the movie felt like little more than that an outright pander to the Academy for the sake of winning some Oscar gold under the pretension of artistic expression. Unfortunately, it's just full of shit bologna. So here's my full of bologna Oscar homage. 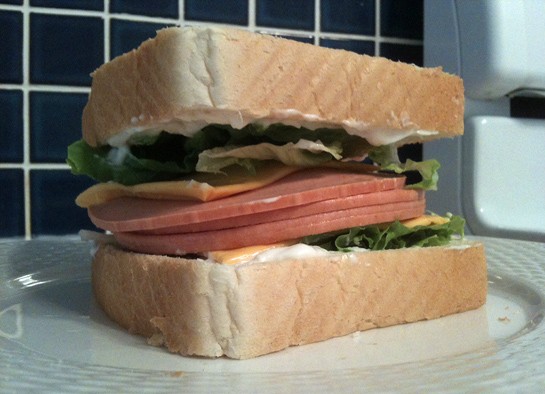