Ten Guilt-Free Eats for the Rapture

You may already have heard the news that Judgment Day will take place this Saturday, May 21. If you're not Team Rapture, then you'll have until October 21 (at the latest) to suffer as the torment of a scorpion, when he striketh a man.

Then, as the Lord said unto Matthew, "Blammo!"

In thinking through this Armageddon dealio, it occurs to us that whichever way we wind up going, things aren't going to be the same, foodwise. Which means we've got T-minus about 72 hours to round up a passel o' good eats. Just to be on the safe side, we're gonna stuff our face straight through till Saturday, in case, you know, we end up going up. Time's a-wasting, and all that. If we don't make the cut, then we'll start in on the leftovers.

Here are ten things we fully intend to seek out...

10. World's Biggest Donut Created in honor of The Simpsons Movie, this prodigious pastry required nine hours of labor by forty people. The final product comprised 90,000 doughnuts and weighed roughly 3.5 tons. Of course, unlike the movie, in which Homer saved Springfield from total destruction, we're surely going down (or up). 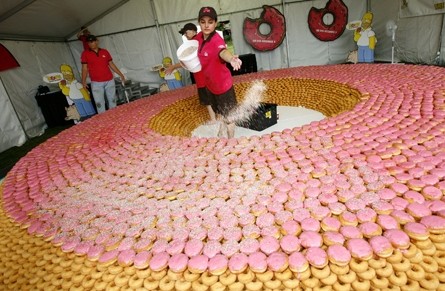 9. Fugu Some call it tetrodotoxin, others zombie powder. Either way, it makes the Japanese pufferfish a potentially lethal delicacy. Only skilled chefs trained in the art of fugu preparation can deliver a survivable cut of the fish. Most of us have heard about this one and we'd be lying if we said we weren't a little curious to try it. After all, this has to be one great-tasting dish if people are willing to play a game of sashimi roulette. Now that the world's ending, though, who cares?

8. Your Weight in Bacon OK, so bacon is just a liiiiitttttttle bit overexposed. But bacon ice cream sundaes or a bacon-rendered version Van Gogh's Starry Night can't kill the fact that bacon is one of God's gifts to mankind. Granted, a bacon diet could turn your heart into a death pump, but love hurts. Besides, that's not the point. The point is that it no longer matters!

7. Deep-Fried Banana Split Not much to be said about this one. It's a straight-to-your-ass calorie bomb, packing about 2,000 calories and enough saturated fat to last four days. Bon appétit!

6. Fido Don't waste your breath. Consider: Everyone at PETA is likely headed skyward thanks to all the good, righteous and sometimes nude work they've done. Plus, all dogs go to Heaven. What difference does it make if a few of them get there early? Puppy burgers and parakeet kebabs, anyone?

5. 4,000 Calorie Gummy Worm You read that correctly. This behemoth weighs more than three pounds and delivers a diabetes-inducing 4,000 calories' worth of sugar.

4. Psilocybin Mushroom Reuben Screw portobellos. It's the end of the world! This tasty treat will ensure that whether you're Heaven bound or not, you'll spend Saturday floating in rapture. Bonus: It's vegetarian-friendly! Better still, recent research suggests that these mushrooms might help the terminally ill stave off anxiety and depression. Sounds like the very definition of a win-win.

3. Bacon Cheeseburger Pizza A pizza for the Apocalypse. Rather than re-create a bacon cheeseburger with toppings, these enterprising gluttons made a bacon cheeseburger the size of a spare tire with pizzas as the bun. Caution: You might want to save this one for last. Because if you're meant to ascend on Saturday, you don't want to go gambling that God won't impose a weight limit. 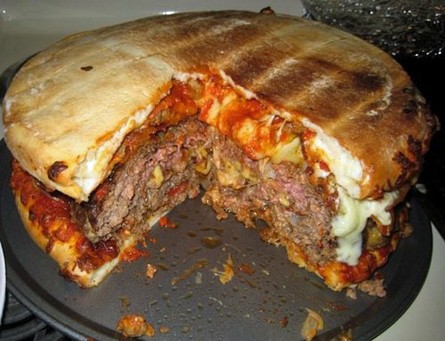 2. A Bowl of Crisco (Chocolate Syrup Optional) Why the hell not? 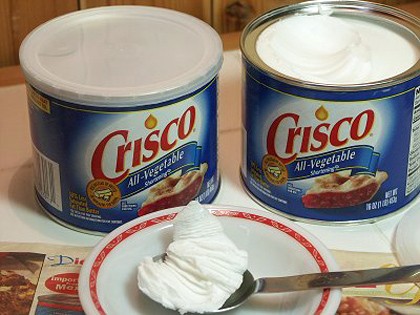 1. People Cannibalism -- the ultimate culinary cultural taboo. We've all seen the zombie movies. When Armageddon comes, so does the taste for human flesh. Kill or be killed, bellum omnium contra omnes. So get your double tap ready, then fire up the grill. Tonight we feast with -- and on -- friends.