It's mid-May, but to shop in Dierbergs last weekend, it looked more like late June, judging from the end caps and displays filled with red, white, and blue foods that normally aren't red, white, and/or blue. We have no idea why, but have some theories:

1. It's almost Memorial Day, which someone remembered was intended as a day to honor the war dead. Not a day to piece together what the hell you did at the lake for the three days prior.

2. Independence Day, like all holidays, now requires two months of preparation and purchasing.

Whatever the reason, here's a look at the patriotic mayhem. 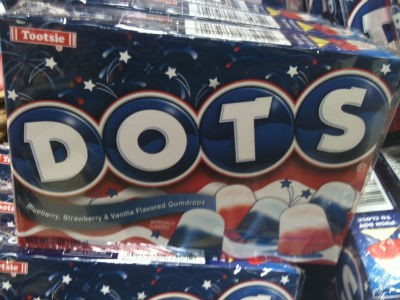 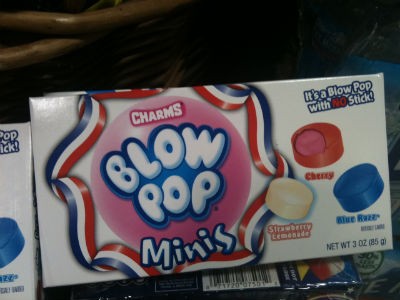 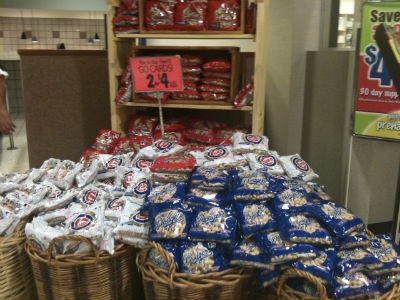 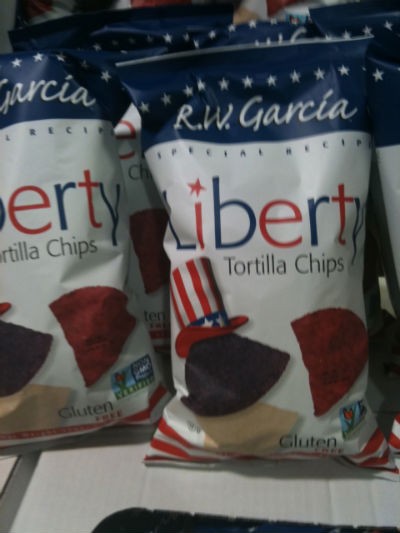 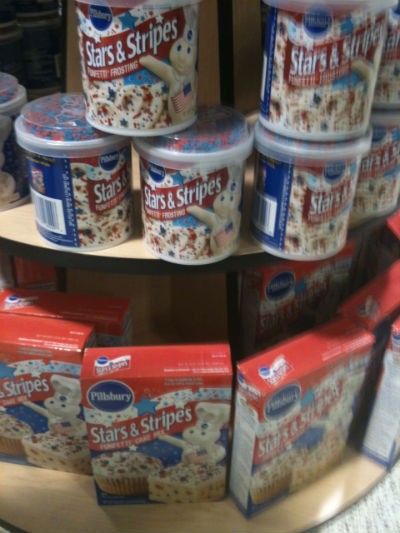 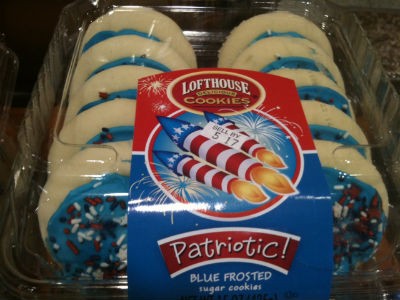 A bunch of patriotic decor junk for the table. 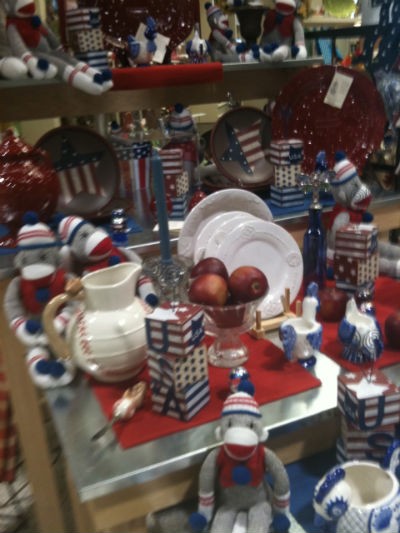