Illinois Moves to Ban Trans Fats. Except in Bakeries. 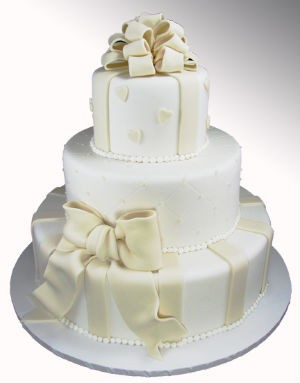 Illinois' the second state in the union to move towards making trans fat illegal.

California did it in 2008, and if the Trans Fat Restriction Act (HB 1600) passes, artificial trans fats will be banned in Illinois restaurants, movie theaters, bakeries and school vending machines by January, 2013. Government-funded cafeterias will have to get rid of trans fats by 2016.

But let's get back to to those bakeries. Yesterday Gatehouse News Service reported that Senate Public Health Committee on Tuesday changed the bill to exempt some cakes and pastries from the ban.

Turns out that the icing relies on trans fat to keep from melting off the fancy cakes. That buttercream? If it was made with real butter, it would be a puddle before the happy couple exchanges wedding vows. Icing needs shortening, which stays solid in heat, to stay pretty.

"On a day like today, when it's 92 degrees, if you aren't using trans fats (in icing), your wedding cake is not getting to the hall. It will melt," Chicago bakery owner John Roeser III told Gatehouse News Service.

Roeser says he'll abide by the ban if the law passes. He shouldn't have much trouble. Food service companies have already jumped on the anti-trans fat bandwagon, developing professional-grade trans fat-free shortenings made for fancy cakes. Even cake decorating leader Wilton has reformulated their buttercream icing recipe to accommodate the new shortenings.