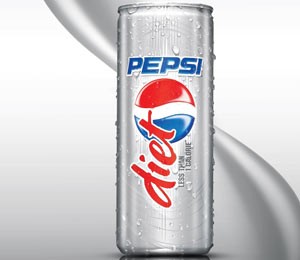 Diet Pepsi's taken some flak over the introduction of their new skinny can, intended to appeal to women concerned with the slimness and attractiveness of their diet beverage cans.

The market of women who feel bad about themselves because of their soda cans is huge, we tell you.

Pepsi's all about doing whatever it takes to help women feel better about themselves. Which is why they've created The PepsiCo Women's Inspiration Network - PepsiCo WIN. The interactive network interviews influential women and gives them the opportunity to talk about Pepsico products at hip places like South by Southwest and BlogHer.

It's a small step up from the ways Pepsico has inspired and celebrated women in the past.

Like when they inspired women to make Michael J. Fox risk his life to fetch them a can of Diet Pepsi.

And that time when they empowered young women to rub their hot, fat-free asses while berating their boyfriends.

Aim high, Ladies! You can beat your competitive bitch of a roommate in winning a man's affection with the help of Diet Pepsi. Even if that man's dear old dad. Which isn't creepy at all.

No time for a vacation one-night stand? Diet Pepsi will inspire you to give a mousy stranger a ride to the airport with an implied finger bang in the short-term parking lot.

Could anything but Diet Pepsi bond America's first female vice presidential candidate to her daughter? Just make sure that she knows that motherhood's far more important than power in the free world.

Smart women of color drink Diet Pepsi, but they should aspire to dumbing it down to please the nerdy white boys. Thermodynamics is such a turn-off.