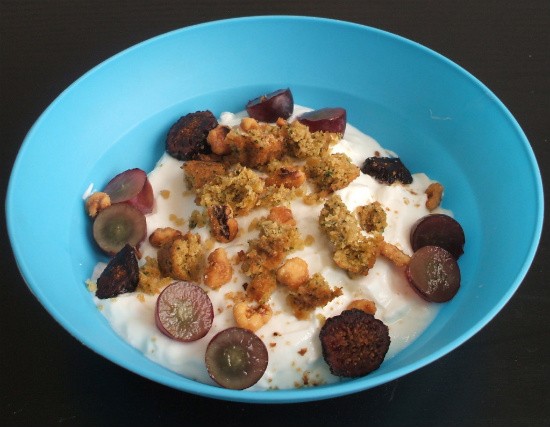 On day two of falafel-polooza, we tried for more authenticity, incorporating some more traditional Mediterranean and Middle Eastern ingredients.

Breakfast was Greek yogurt mixed with grapes, dried figs, walnuts and of course, falafel. The outcome was a mix of savory tartness and sweetness that while good, wasn't what our American tummies expected at such an early hour. 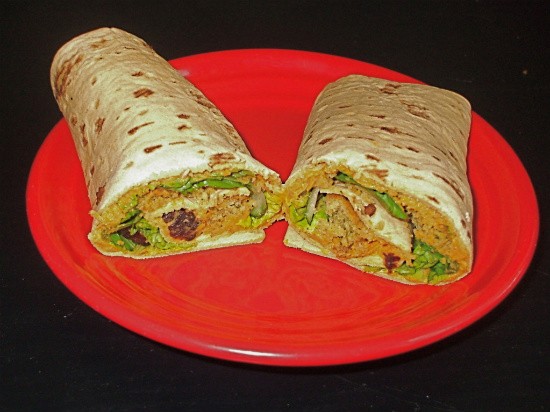 For lunch, we made a wrap with falafel, lettuce, cucumber, tomatoes and a sweet potato hummus. The hummus added a great creamy texture, and we added a bit of maple syrup to the recipe to sweeten it up. 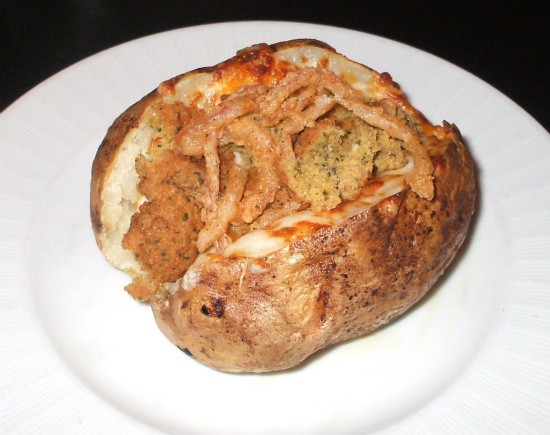 But by dinner, one thing had become obvious: traditional use of falafel for every meal can prove too healthy for American sensibilities. So for dinner, we cooked up a baked potato, drowned it in cheese and butter, then topped it with some fried onions. After sprinkling some falafel on top, those little fried chickpeas were singing.

In the Kitchen Try This Now