Series six of Doctor Who premiered this past Saturday, April 23. Since its reboot in 2005, the show has become a worldwide favorite and is as popular as ever. The premiere also marked the first time the show was filmed in the U.S.

After a series of online promotions teasing out scenes from the new season, anticipation and expectations were high. The episode wasted no time and delivered a major shock to fans a few minutes in that will be lingering in our minds as the season unfolds.

Matt Smith continued to impress as the eleventh Doctor, Amy Pond is as saucy as ever, River Song still piques our curiosity as we try to figure out who she is, and we were introduced to one of the more creepy creatures from the Doctor Who universe known only as "the Silence."

All in all, it was one fudging sweet episode, and we cannot wait for this weekend's follow-up. In order to tide us over, we decided to compile this equally sweet list of the best Doctor Who desserts that we could find. Enjoy!

9. Confectionate! Confectionate! Besides looking cool and delicious, the black-and-white color scheme perfectly captures the obsessive nature of the Daleks: It's kill or be killed. There is no surrender. Too bad the same can't be said about our appetites.

8. Doctor Who Goes Ginger And no, we're not talking about Amy Pond or Donna Noble. Nor are we talking about the ginger controversy stemming from the Eleventh Doctor's remarks about his hair. We're talking about this delicious-looking assortment of gingerbread Doctors, Daleks and other Who goodies.

7. Brilliant! A solid assortment of cupcakes that any incarnation of the good Doctor would be happy to snack on.

6. TARDIS Takes the Cake It wouldn't be a Doctor Who list without a TARDIS, and this one makes the cut because it comes with a bonus layer of cupcakes. Talk about a win-win!

5. Resistance Is Useless There's no resisting these delicious little cookies. They will destroy you, (Well, your diet anyway.) 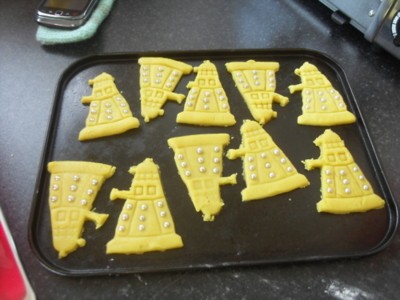 4. It's a Dog-Eat-Dog Universe Would you like some cake with your tea? Affirmative. 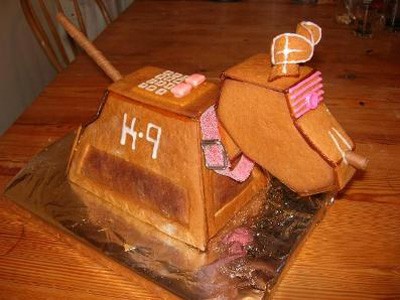 3. We Have Been Upgraded Upgraded to one of the most awesome cakes ever. Put this one on the dessert table and it will face maximum deletion. 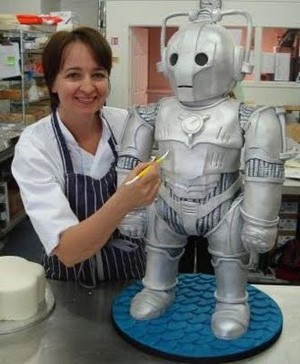 2. But It's Bigger on the Inside... This single-layer cake reveals a triple shot of desserty goodness upon being sliced. 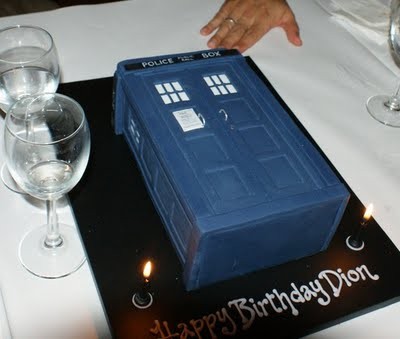 1. He Will Knock Four Times -- Then You Will Dine Now this is a cake that would love to serve you. 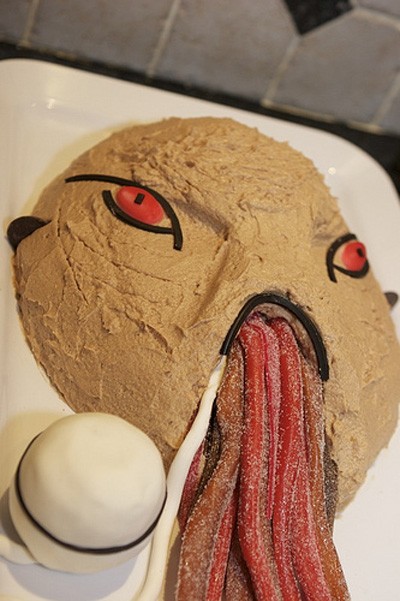