The Red Lion's Barry Strange: Featured Bartender of the Week

Welcome to Girl Walks into a Bar, a weekly Gut Check feature that spotlights local bars and bartenders. This week Chrissy Wilmes profiles Red Lion owner and bartender Barry Strange. Below is a Q&A with Strange, followed by the recipe for his Richard Pryor cocktail. 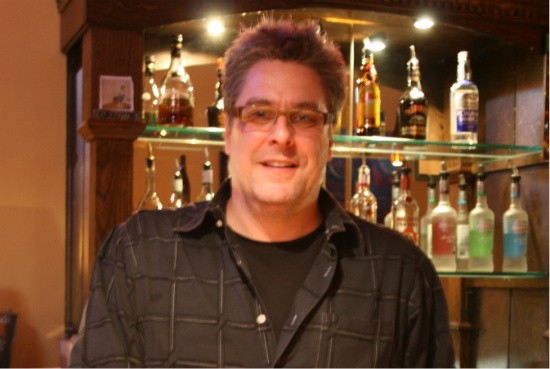 In 2009 Barry Strange went solo and opened his own gastropub, the Red Lion (9736 Manchester Road, Maplewood; 314-645-4200). A joint-venture partnership in Mimi's Cafe in Chesterfield had given him a taste for proprietorship, but he'd grown increasingly frustrated with the day job.

"A lot of us ended up leaving," Strange says. "I couldn't find anything in St. Louis -- everything was on the east or west coast. So a couple friends got some money together, and once I opened this place it just seemed like the thing to do."

Watch him behind the bar and it quickly becomes clear that Strange made the right decision. Gut Check happened to stop in at the Red Lion on a day when an employee had played hooky, leaving the bustling pub shorthanded and stranding Strange behind the bar. Had he not told us, however, we'd never have known. Strange was mixing drinks with one hand and taking down orders with the other, all while chatting up customers and never letting the smile escape his face. The man genuinely loves his job, his employees and his customers.

Girl walks into a bar, orders a ________ . She has just earned my undying admiration. Fill in the blank. I like it when a girl comes in and orders a shot of whiskey.

Most dumbass drink anyone's ever asked you for. The Dirty Shirley -- a Shirley Temple with vodka, basically.

Other than your own bar, where do you go to get a good drink, and what do you have? I go to Las Palmas a lot, down the street, and have margaritas. 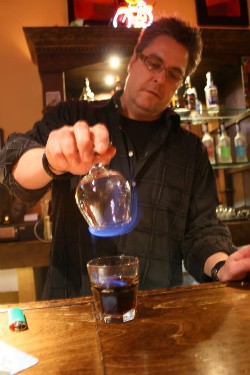 If my friends and I simply must have a round of shots, what should we have? Well, I do one that we refer to as the Richard Pryor. I light Sambuca on fire, pour it into some Kahlúa and then we drink it and suck the fumes. Which could be the answer to no. 2.

I have a lot of regulars now that come in, and they bring their friends, and it's like this initiation that everyone has to do the Richard Pryor. I don't want any copyright infringement, it's just what I came up with at the time, because it's on fire. And I have caught myself on fire a few times.

Best/worst/most exciting thing you've ever witnessed in your bar? The best thing that I see on a regular basis is when people are up dancing with the band. We have live music Wednesday, Friday and Saturday.

Favorite drinking ritual (not including the Richard Pryor). We do like the Richard Pryor here. There's also this ginger liquor called Damiana that's referred to as "liquid ecstasy" -- that we drink a lot too.

Slide a straw underneath the upended Sambuca glass and inhale fumes. 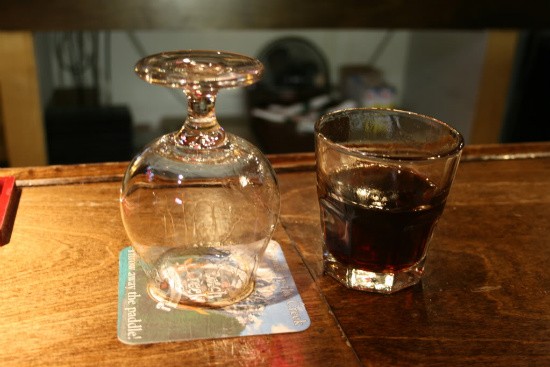