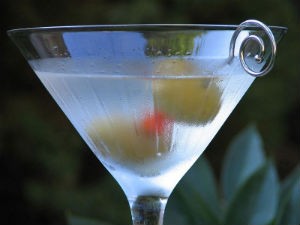 Absolutli Goosed (3196 South Grand Boulevard; 314-771-9300) is no stranger to accolades for its glorious cocktails -- but its most recent award will bring the swanky South Grand martini lounge nationwide attention. "The Official Best Of" has named Absolutli Goosed the Best Martinis in Missouri.

The Official Best Of is tentatively scheduled to debut locally on KDNL-TV (Channel 30) on May 21, and on the Travel Channel on May 25. Winners are nominated through the show's website, then researched by the show's staff to make sure they're worthy of the "Official Best Of" title.

"We are completely honored to even be thought of for such an award," Absolutli Goosed co-owner Staci Stift says. "We watch the Travel Channel all the time and couldn't believe that they had even heard of us."

The taping date hasn't been announced, but the bar's making plans for special events for the taping and the show's debut.

The Official Best Of has been to St. Louis in 2010, 2008 and 2006, but prior to this year, the show hasn't featured any local bars. Here's video from last year's edition, featuring the Westin as Missouri's Best Upscale Pet-Friendly Hotel.

May 7th, 7-10 Join us for a taping for the Travel Channel! Drink specials will be announced closer to the date.less than a minute ago via Mobile Web