This is part one of Chrissy Wilmes' Chef's Choice profile of chef Jeff Robtoy of the Bleeding Deacon Public House in south St. Louis. Part two, a Q&A with Robtoy, is available here. Part three, a recipe from Robtoy, can be found here. 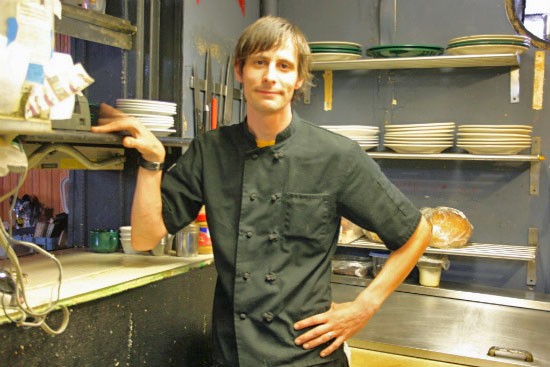 Jeff Robtoy began cooking professionally when he was a teenager. After taking a brief hiatus to attend art school, where he studied printmaking and bookbinding, Robtoy returned to the culinary arts. He began working with the Del Pietro family (Portabella, Tavern 43, Kilkenny's and, of course, Del Pietro's Ristorante in south St. Louis), managing restaurants, off-site catering and private parties. In 2009, after four years working with the Del Pietros, Robtoy took on the executive chef position at the Bleeding Deacon Public House (4123 Chippewa Street; 314-772-1813), where he has spent the past year and a half impressing his culinary-artistic style onto the Deacon's ever-evolving menu.

Like any creative profession, the culinary arts require constant inspiration and sharing of ideas. "I think you have to pull your influences outside of just cooking, otherwise it's really boring. Chicken is always chicken and turkey is always turkey," Robtoy elaborates. "I feel like if you can think of it from different angles or just have different concepts and apply them to food -- that's kind of how we all think of it. And it's gotta taste good, obviously."

Robtoy continues to flex his creative muscles beyond the kitchen. He plays in two local bands, Glass Teeth and Tone Rodent, and has designed album covers for local bands, including God Fodder and King Kong Magnetics. 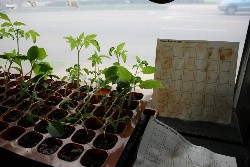 Not surprisingly, stasis isn't part of the equation. "My employees, my kids back there, inspire me every day," Robtoy says. "They're always experimenting, asking me questions, trying new stuff, and that's great -- that keeps me on my toes. It means I have to be constantly getting better."

Along with constant experimentation with presentation (a smiling Robtoy describes the Deacon's aesthetic as "strange"), the pub planted a rooftop garden in mid-March and Robtoy hopes to harvest homegrown tomatoes, spinach, cucumbers, peppers, broccoli, beets, basil, rosemary and more.

The chef's enthusiasm for gardening goes hand in hand with his determination to serve vegetarians right. "It doesn't feel like there's a whole lot of vegetarian options in St. Louis, not like there really should be," he says. "I was a vegetarian for years, and some of my guys are, so we try to come up with things that aren't just, 'What, do you like lettuce or something?'" The Bleeding Deacon menu changes, but there are always several vegetarians options, many of which can be adapted for vegan patrons.

As much as he loves his menu, Robtoy acknowledges the importance of adapting to what your customers want. "Sometimes you come up with something and you really think it's fantastic, and you try it, and you love it, and all of your employees love it, and then people hate it. You have to be willing to take things off the menu if they don't work, change things if they're just not selling -- that kind of stuff. I feel like if you're too precious about your menu, if it is what it is and it can't be changed, and if you can't compromise, then it's not he right industry for you."