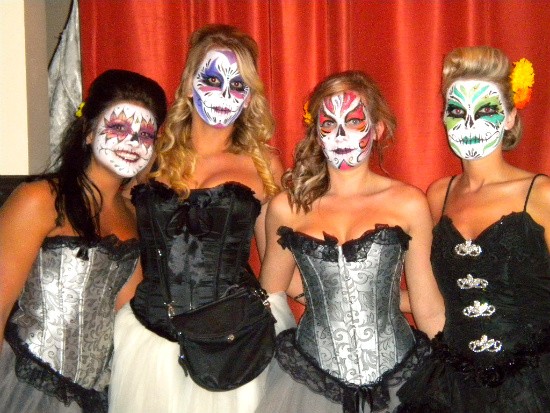 Americans have an uncanny knack for commercializing holidays, either by co-opting them (ask any Irishman what he thinks of green beer), or by stretching them out (Christmas decorations in September). Still, when Gut Check received from the folks at Jose Cuervo an invite to Subterraneo, "a one-of-a-kind event series modeled after a Mexican Dia de los Muertos (Day of the Dead) celebration," we were a tad nonplussed. After all, Cinco de Mayo, already mightily co-opted, is mere weeks away, while the Day of the Dead doesn't arrive until November. The "event" being a tasting of four Cuervo tequilas, we thought it prudent to put aside our ambivalence and accept the invitation.

Painstakingly thorough when it comes to research, Gut Check put our tequila palate to the test the night before the event by tasting four tequilas at home. A shot each of Sauza Tequila Blanco, Sauza Hornitos Reposado, and Don Julio Blanco provided a baseline for the final shot of Jose Cuervo Especial.

Unlike the plethora of bottlings that have appeared during the 21st century's tequila revolución, neither the Cuervo Especial nor the Sauza Blanco is distilled exclusively with agave. The Cuervo betrays its low-end roots in its overt sweetness, which relegates it to mixed-drink duty only. The Sauza tasted clean, mild and unremarkable, while the Hornitos brought citrus and floral notes. Considering Gut Check spent an entire income tax refund on it, we counted on the Don Julio to be the best of the lot...and it was.

Having tasted all four, Gut Check repeated the process in order to be sure of our judgment -- an act that in retrospect was in itself an error in judgment.

The next day, Gut Check fought off a tequila hangover and made our way to Lumen for the Subterraneo event, where we again had a chance to try four different tequila options. This time, it was four cocktails all made from Jose Cuervo's Tradicional line, which comes in both silver (unaged) and reposado (aged from two months to one year). Unlike the Especial, the Tradicional is distilled from 100 percent blue agave. 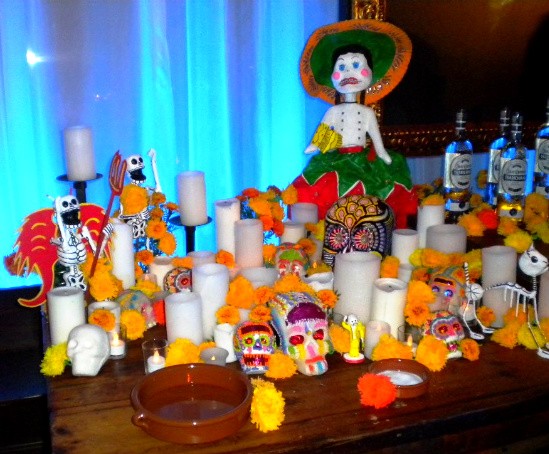 First up, the Trad Paloma, with Tradicional Silver and Squirt soda. It's not clear what the drink has to do with doves (or "palomas"), but Gut Check wouldn't mind quaffing a few Trad Palomas while reclining on a hammock in the back garden and watching doves do whatever it is that doves do. The Paloma is a refreshing, crisp, simple summer quencher.

Next, the Trad Fresco, the only loser of the lot. Made with Tradicional Silver, simple syrup, grapefruit juice, muddled cucumber and mint, this one had far too many flavors battling it out. We set it aside with a grimace after only a few sips.

As we quickly learned, the Trad Congelado is a fancy way of saying chilled shots. In general, Gut Check is suspicious of chilled booze. While chilling kills much of the alcohol burn, it also kills the flavor, so we let the shot warm a little before sipping from the hand-blown glass.

The invite declared that the Tradicional "embodies the essence of Mexico," whatever that means. At any rate, a shot is a great way to actually taste the Tradicional. Overall, the taste is much crisper than the Especial, but it's still a fairly sweet tequila.

As for the Trad El Vampiro Margarita, it tasted not at all vampirish. Maybe it was all the tequila, but Gut Check's head was swimming with all the mixed metaphors at this point. Aren't vampires from Eastern Europe? Why not a Chupacabra Margarita? Still, the Trad Margarita, made with fresh lime instead of bottled margarita mix, was delightful and more tart than sweet. We wanted another one right away.

Remembering our tequila tasting of the night before and fearing nightmares about chupacabras, we refrained. Fortunately, since the Trad Paloma is easy enough to make at home, Gut Check won't have to wait until Day of the Dead officially rolls around to pour another shot.

Heck, we may not even wait 'til Cinco de Mayo.