Few craft brewers have arrived in St. Louis with as much anticipation and fanfare as Escondido, California's Stone Brewing. But they arrive here this week, bringing all the Arrogant Bastard Ale and Stone Ruination IPA we've been longing for.

The beer hits store shelves and bar taps on Tuesday, but Thursday's actually the big day for Stone Brewing events around town. The company's collaborating with a host of St. Louis' best beverage locales for events with Stone Brewing Co-Founder and CEO Greg Koch, including a tasting at the Clayton location of the Wine and Cheese Place from 4 to 5 p.m.

Store manager Paul Hayden's been pushing for Stone Brewing to come here for a long time. In fact, in a blog entry two years ago, Hayden gave St. Louis beer lovers instructions on how to get Stone Brewing to town.

"The customer reaction has been ecstatic," he says. "I cannot tell you how excited people are, and how excited we are to get the beers. We got tired of people coming into the store and asking if we carry Arrogant Bastard [Ale] or [Stone] Ruination [IPA]. Many people don't understand beer laws and wonder why we just don't order [it] and put it on our shelves. They don't know about the red tape, and that Stone Brewing has to want to come to your state." 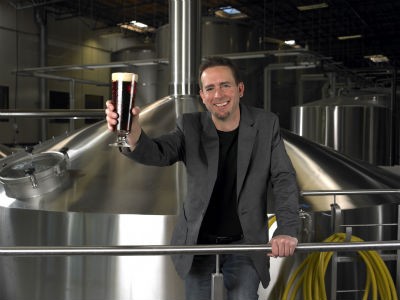 Thursday's events start with a beer-pairing lunch with Koch and his team at Pi on Delmar from 12 to 2 p.m.

After their trip to Clayton, they'll be back in the Loop for a special edition of Cicero's Beer School from 5:30 to 6:30 p.m. Tickets are required, so contact Cicero's in advance.

Once they're finished at Bridge, they'll hit Soulard's International Tap House for a "tap tower total takedown". Of the bar's 40 taps, 24 will feature Stone Brewing products, including some rarities, such as 2008 Stone Imperial Russian Stout.

On Friday, the local Stone Brewing representatives will host in-store tastings at Randall's Wine and Spirits and Friar Tuck from 4 to 5:30 p.m.

Stone Brewing's Missouri/Minnesota Regional Representative Nate Sellergren will be at many of the events, as well as around St. Louis as Stone Brewing expands in the area: "I will be participating in many festivals and events through out the year."

Sellergen's bringing a passion for beer to his new territory. "I started home brewing in 2004, and when I moved to Los Angeles in 2006, I knew I wanted to be involved in craft beer," he says. "I applied to one brewery -- Stone Brewing Co."