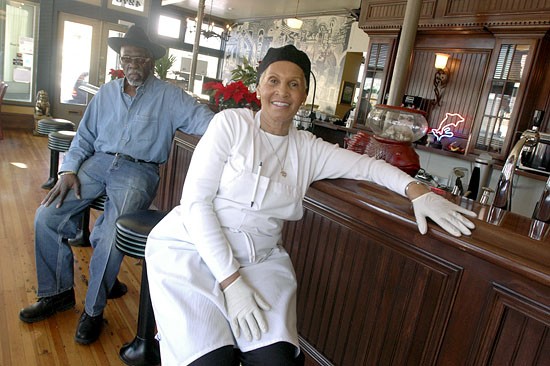 The rumors are true. Variety has verified that OWN, Oprah Winfrey's cable channel, will be airing Sweetie Pies, a reality show centered on Robbie Montgomery, the owner and chef of Sweetie Pie's.

The restaurant made the announcement on its Facebook page at midnight.

The show was created and developed by locally by Coolfire Originals. St. Louisans Jeff Keane, Tim Breitbach, and Steve Luebbert will serve as executive producers; co-producer is Pilgrim Films and Television, which has been behind reality stalwarts Dirty Jobs, American Choppers, and Ghost Hunters.

Discovery Networks, which owns OWN, describes the show:

When Robbie Montgomery, a 1960s backup singer and former Ikette, suffered a collapsed lung and had to stop singing, she decided to pour her talents into another creative venture -- a soul food restaurant. At her family-oriented eatery, Sweetie Pies, both hilarity and drama are offered in equal measure -- and now Robbie's upping the ante with a second location. This docu-series follows the loud, loving and often singing Montgomery family as they work to expand their empire, one soulful dish at a time. Produced by Pilgrim Films & Television.