This is part three of Deborah Hyland's Chef's Choice profile of Matt Dawson of Brandt's Cafe. Part one can be found here. Part two, a Q&A with Dawson, is here. 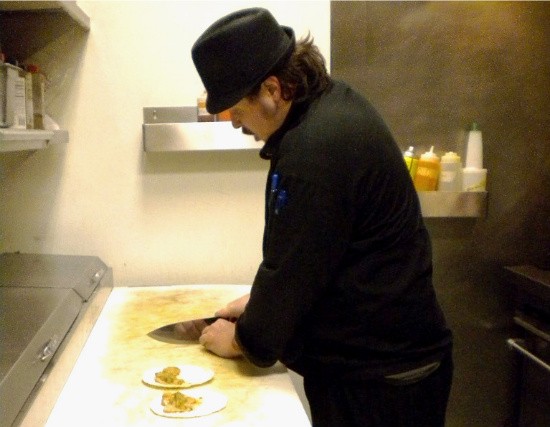 Appetizers are Brandt's Cafe (6525 Delmar Boulevard, University City; 314-727-3663) chef Matt Dawson's favorite menu category to tweak. Often his ideas come from "just sitting in a bar with friends, drinking and saying, 'How do you think this would be?'"

For example, Dawson has deconstructed jalapeño poppers, his main complaint being that they usually consist of "a big pepper with lots of breading, but all the cheese has oozed out." Instead, Dawson fries jalapeños, mixes in cream cheese, encases the whole in a wonton, which is then pan fried and served over a roasted pepper coulis. "Glorified bar food," he sums up.

For Gut Check Dawson offers his recipe for duck tacos, saying, "I love duck myself -- it should be on every menu. The easiest excuse to eat duck constantly is to have it on the menu. So I have it on our menu twice."

Rub duck breast with olive oil. Season with salt, white pepper and garlic to taste. In a 350-degree oven, roast the duck breast until the internal temperature reaches 145 degrees (about 20 to 25 minutes).

Dice tomatillos, red onion and garlic and add to a saucepan.

Add vinegar, water and cayenne and simmer for fifteen minutes or until vegetables are tender.

When cool, blend salsa until smooth.

Mince cilantro and scallions and add to salsa.

Season with salt and pepper to taste.

Season with salt to taste.

Toss duck and salsa in a skillet and heat thoroughly.

Fold tortillas in half and cut down the middle.

Place tacos on a plate and drizzle with chipotle-lime sour cream.

Garnish with cilantro and lime zest. 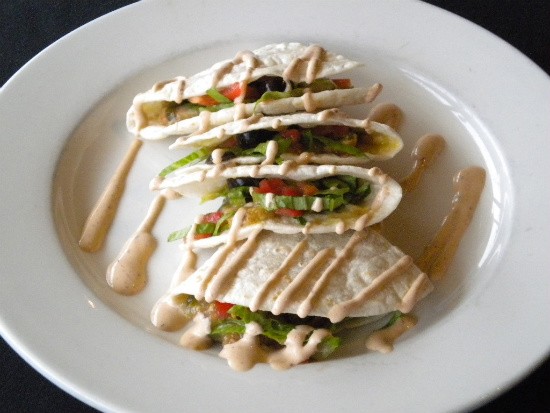