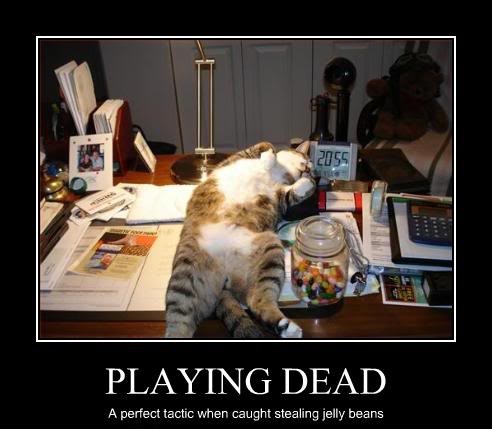 Gimbal's Fine Candies is on a mission to make Easter baskets safe for kiddos. How does the venerable sweets maker propose to protect children from unseen dangers hidden in the candy cornucopia?

According to the Centers for Disease Control, about 3 million children in the U.S. have food allergies, and it's "becoming more common over time" -- between 1997 and 2007, the food-allergy rate among children rose 18 percent. Ninety percent of these allergies are caused by the "Big 8 Allergens": milk, eggs, peanuts, tree nuts, fish, shellfish, soy and gluten.

According to a Gimbal's press release, none of the company's confections -- including all 41 jelly bean flavors -- contains any trace of the Big 8. In addition, Gimbal's assures us, the Easter favorites are trans fat-free, gelatin-free and kosher (it's all about how the jelly bean was butchered).

All these pronouncements made Gut Check wonder: How likely is it that one would encounter a jelly bean laced with peanuts or shellfish or the meat of a cloven-hoofed animal? Just because we've never seen a Crawfish Pie Jelly Belly, or a bacon one, for that matter, doesn't mean they ain't out there.

Speaking of Jelly Belly, it is, like Gimbal's, based in California. Gimbal's is older, though. Way older. Whereas Jelly Belly was founded in 1976 (in Hollywood), Gimbal's debuted in 1898 (in San Francisco).

When it comes down to beans, the two confectioners offer a strikingly similar concept: a vast -- and occasionally surprising -- range of flavors, many of which imitate "real" foods (think "pink grapefruit" and "buttered popcorn"). Yet it's comparative whippersnapper Jelly Belly -- favorite of Ronald Reagan, the first jelly bean in outer space, blah, blah, blah -- that hogs the spotlight. And, adding insult to injury, the younger company claims to be "the Original Gourmet Jelly Bean."

This assertion appears to be accurate, as it is unclear when Gimbal's began producing jelly beans. Its first products were nickel candy bars, penny goods, jellies and creams, and the company started making its famous All Natural Licorice Scottie Dogs in 1904.

According to Candyman: The David Klein Story, the candy inventor of the title and creator of the Jelly Belly brand revolutionized the jelly bean by introducing distinctive natural flavoring and by flavoring the inside of the jelly bean in addition to the outside. Yes, children, your antediluvian jelly bean was flavored and colored on the outer shell only. Inside was a plain pectin, which the naturally derived thickener that causes jelly to jell.

Klein also introduced the concept of a "gourmet" jelly bean -- the highest-priced jelly bean in the world, in fact. And yet it sold then and has kept on selling.

So now Gimbal's, the wallflower, attempts to set itself apart with its absence of allergens, hoping to put a chink in Jelly Belly's armor.

But how does Jelly Belly actually score in the allergen game? Well, first off, that armor: Jelly Belly beans are made with beeswax, not gelatin.

The company used to produce a Peanut Butter flavor, and a 2008 statement reveals that because Jelly Belly uses the same equipment to produce all its jelly beans, it couldn't guarantee that other flavors didn't contain traces of peanut. In 2009 the company had to recall some of its packages, which did not contain a warning that peanuts might lurk within.

That same year Jelly Belly discontinued the Peanut Butter flavor and does not use peanuts in any of its manufacturing plants.

In fact, a company spokeswoman confirms that all Jelly Belly beans contain no animal products, are dairy-free, egg-free, gelatin-free, gluten-free and there's definitely "no fish at all in our factory."

Heck, vegans can eat 'em, provided they don't have a problem with beeswax.