Applebee's Gets Toddler Drunk: Six Kiddie Cocktails They Should Try

An Applebee's in suburban Detroit accidentally gave a two-year-old a margarita in a sippy cup instead of the apple juice his mom ordered, a mistake that wasn't discovered until the kid's blood alcohol level was .10 -- beyond the legal limit for drivers. The kid was okay, after a trip to the drunk tank emergency room.

No word on how the child slept that night, but Gut Check's guessing pretty fucking awesome.

We've gotten so uptight about sedatives and kids. Really, what parent hasn't invented a case of hay fever as an excuse to give Junior a swig of Benadryl so he'll calm the hell down? You know what they say: "Robitussin stops the fussin'!" So what's a sippy cup-size margarita going to hurt?

Maybe Applebee's is on to something. Give the tots a little something that goes down sweet and strong. Not enough to make their little livers explode. Just something to, you know, take the edge off when they're eatin' good in the neighborhood.

With a flavor like liquid baby aspirin, Three Olives Rangtang Vodka begs to be made into a kid-friendly concoction. Mix with some healthy Sunny D and serve in a highball rimmed with crushed baby aspirin.

(Warning: Baby aspirin should not be given to babies or children because of its link to Reye's Syndrome, a potentially fatal condition with symptoms of behavioral changes or vomiting. Or that might be the vodka.) 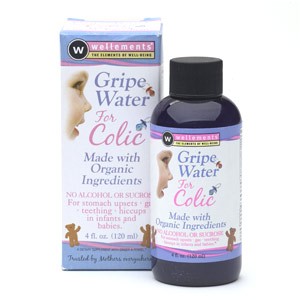 For the all-natural parents who don't want manmade chemicals sullying their child, Gripe Water's the go-to. A blend of peppermint, chamomile, fennel and ginger essences, Gripe Water not only soothes a colicky belly, it also adds great herbal notes to newfangled small-batch organic gin, like Farmer's (which you probably won't find at Applebee's). 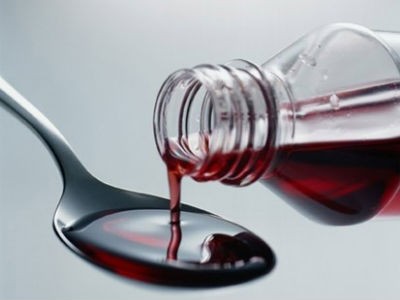 Hey kids! Drinking's fun! And there's nothing more fun than dropping one drink into another! A wee plastic two-ounce measure of grape-flavored nighttime cough syrup depth-charged into four ounces of Red Bull: Chug it, then run around and around and around until you fall down and sleep for three days! It's what fueled Britney Spears through her first three years of stardom. Breakfast of champions!

Whatever happened to the good old days when parents rubbed whiskey onto the inflamed gums of teething babies? Those were happier times (albeit mainly because everyone was either drunk or asleep). Applying alcohol directly into a child's mouth is frowned upon in this day and age, but whiskey and chocolate are welcome additions to any party. Applebee's kids' dessert menu is Oreo-based, from the Oreo Cookie Sundae to the Oreo Cookie Shake. How about taking some of those Oreos, dipping them in Jack Daniel's, and letting the little one gum her way to toothy quiet? All the cool kids cut their teeth with a bottle of Jack.

It's so hard to get kids to eat their fruits and vegetables. If it were easy, the juice companies wouldn't have introduced all those drinks that blend vegetable juice into what looks and tastes like sweet, sweet nectar. Sneaky! There's no reason to not take the same approach with alcohol. Throw some fruit cocktail into a Jell-O shot, then top with Whipahol and sprinkles. Healthy, appealing, and intoxicating!

Man, those kids sure love their milk. And we all know breast is best. While Applebee's bartenders can't be expected to wet-nurse other peoples' offspring, they can run specials on bourbon sweetened with sugar and vanilla for grownups. Next nursing session, the kiddo can get a proper New Orleans milk punch, thanks to the contact buzz from Mom. Pairs awesomely well with Applebee's Bourbon Street steak. Laissez les bons temps rouler!!

Of course, if you're tempted to hook up your own little rug rat with any of these beverages, you're far too stupid to effectively parent.

But you might be able to get a job tending bar at Applebee's.