Coming soon to a Kmart near you next year -- Sandra Lee's line of "cookware, small appliances and other kitchen products."

OK, so that doesn't sound dissimilar from the line of goods Martha Stewart hocked at the lagging discount retailer for years.

Lee needs a signature item...like the official Cocktail Time blender! All of Kmart's budget styling, loaded with a 26 horsepower Kohler Courage PRO V-Twin engine with a full-pressure lube from a Craftsman lawn tractor. It's perfect for whipping up enough frozen cocktails for a quiet night alone.

Perhaps other celebrity chefs could use a boost for their product lines.

A Gut Check reader recently asked if we knew that Mario Batali had his own line of Crocs. Indeed, we did! They're geared toward food-service workers who are more concerned with the effects of standing fourteen hours a day than with looking ridiculous.

To complete the Batali look: Lardo hair tonic. Extracted directly from the bellies of wooly Mangalitsa hogs, this hair product will keep ponytails slick and sparse, the Mario way.

Duff Goldman's Ace of Cakes has gone to the great bakery in the sky, but that doesn't mean Goldman's sitting on his, uh, duff. Not with his line, Duff Goldman by Gartner Studios, which sells cake pans, badass cake tattoos and fondant. Which is just as badass as the tattoos, we're sure. 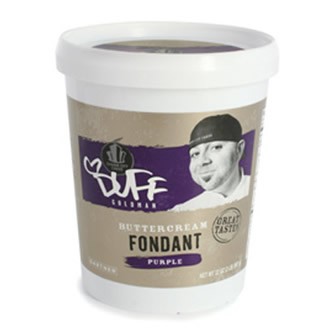 Goldman could expand his line to include Don't Get Off Your Duff, a giant chair-shaped cake with fluffy, frosted upholstery. Just right for comforting the sitter through long days of television unemployment.

Paula Deen's already got the corner on the Wal-Mart market. Her product line includes cookware, food-scented candles, baked goods and a terrifying product called Butt Massage. It looks like it would burn.

Speaking of massages, eat enough of Ms. Deen's butter-loaded recipes, and you might need a cardiac massage. Enter the Paula Deen Defi-Butter-Lator! These kitchen-sized shockers come in an enameled porcelain case available in your choice of red, aqua or butter to coordinate with your Paula Deen 48-ounce Lard Jar (sold separately) that led to the vascular incident in the first place. Because a regular bowl just won't cut it when you only have 30 minutes to make a meal, Rachael Ray tried to come to our rescue a few years ago with her patented Garbage Bowl. You know, just like the regular old mixing bowl she uses on her show to dump her scraps into as she works. But called a Garbage Bowl. 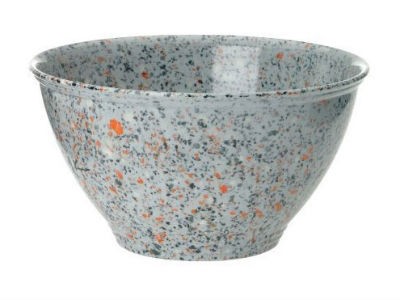 OK, so maybe this wasn't Rach's best idea, because it doesn't seem to be available anymore. She needs to set her sights higher. Behold the Rachaelerator! Install under your sink, dump your junk down the drain, flip the switch, and listen as it shrieks, "Yum-O! EVOO! Yum-O! EVOO!" over and over. Oh, wait...nothing's supposed to make that noise. We must have accidentally dropped a spoon down the drain.

It's a perfect match to Bobby Kevlar -- a stainless steel-coated protective vest that deflects knives thrown at you by angered Iron Chefs when you go all dumb American and jump up and down on your cutting board in a fit of poor-winner glee.

During a recent trip to Kmart, Gut Check noticed that Sandra Lee's not the only celeb chef to sell her crap at the retailer. Although he's not exclusive to the Big K, Gordon Ramsay's Retail Hell includes dishes made by Royal Doulton and appliances by Sensio -- like this Belgian-waffle iron bearing Ramsay's signature (probably signed in the blood of some poor line cook).

His Kmart line could use a specially modified Belgian-waffle iron, one equipped with a robotic voice box so it can flap its irons while it screams obscenities at Sandra Lee's shit, which is probably just leftovers from Martha Stewart's old line with a little dollar-store glitter glue added for pizazz!