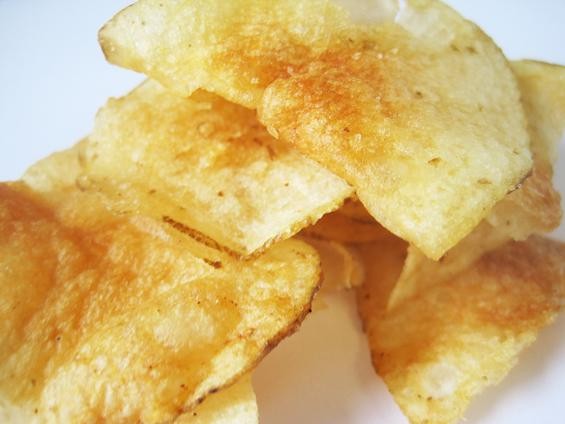 Update: (Tuesday, April 5, 10:20 a.m.) A reader passes along the news that the latest Straub's newsletter advertises Spudmaster, so if you've been hankering for some -- or if Gut Check's coverage has you curious to try them for the first time -- you can get them locally.

Last week, we told you how the Sissom family has brought back Spudmaster Colossal Chips, the Bellflower-based potato chips that disappeared from store shelves after founder Ed Pilla was busted for running a pot-growing operation.

Kirk Sissom was kind enough to send along a couple boxes of the new chips for Gut Check to sample. The verdict?

Sissom wasn't lying when he told us the new Spudmasters "are as good or better than before."

The chips have a great crunch -- without breaking into mouth-tearing shards -- and the flavor is pure: potato, salt and peanut oil, with just a hint of spice (garlic, paprika and onion, among others).