Willmann is the second area chef to win the award, following Gerard Craft of Niche in 2008. Expect the official announcement around 4 p.m. our time. More to come.

As is her custom, Food & Wine editor Dana Cowin has spent the day Tweeting "clues" to the magazine's choices for the ten Best New Chefs of 2011.

Clue no. 9, which Cowin Tweeted earlier this evening:

Just met bearded guy behind Clue 9 at welcome party. Here's clue: Ozark Homestead. #bestnewchef '11.less than a minute ago via Twitter for BlackBerry®

We know that guy!

Gut Check is willing to bet the farmhouse that the winner is St. Louis' very own Kevin Willmann, the chef behind Best New Restaurant Farmhaus in south St. Louis. 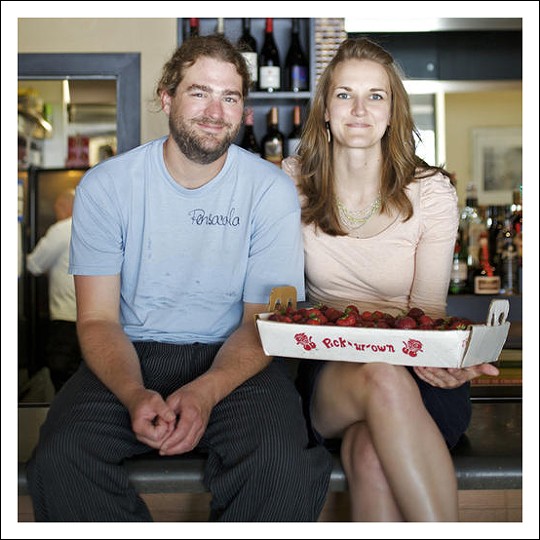 We put in a call to Willmann, who, we're guessing, is too busy basking in the limelight in New York in anticipation of tomorrow's official unveiling of the roster of Food & Wine Best New Chefs 2011.