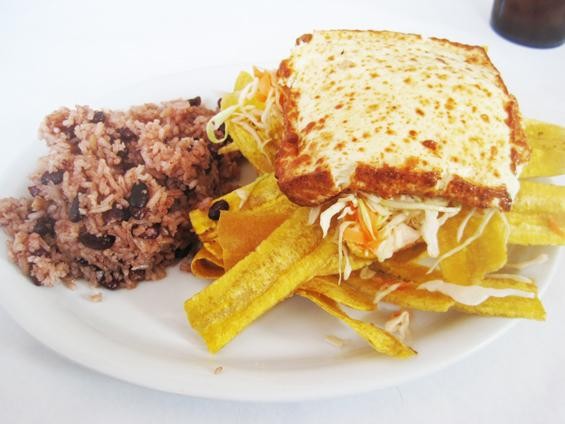 You can order three different kinds of plantains at Fritanga, which has been dishing out terrific Nicaraguan food since 2007: tostones (fried twice), maduros (pan-fried, thick, sweet, very ripe) and tajadas (fried, thin, crisp, unripe). Of these, tajadas are my favorite, and my favorite way to enjoy them is an order of tajadas con queso.

The tajadas themselves are as compulsively edible as potato chips or French fries. They are good with no adornment and great with a dab of Fritanga's brightly flavored chimichurri sauce or its piquant, peppery pico de gallo.

The dish makes an excellent appetizer for two or three diners. If you don't feel like sharing, it's also available as a lunch entrée with a side of the restaurant's rice and beans.