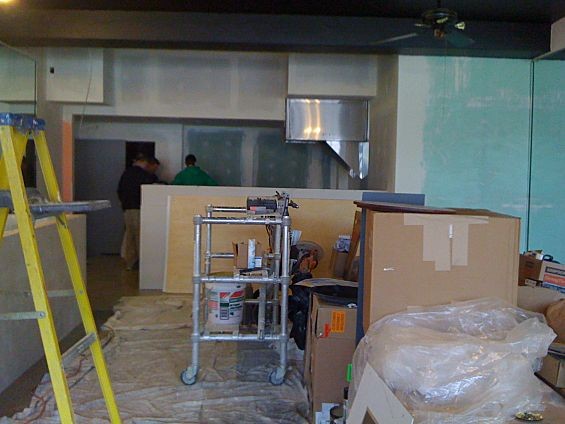 Gabe and Maria Kveton are still slapping paint up on the walls of the Water Street Cafe and Cocktail Bar at 7268 Manchester Road in Maplewood, but the brother-and-sister team vow that the restaurant will open next Tuesday, April 5, with Gabe tending the (as yet nonexistent) bar and Maria tending to the kitchen.

"It doesn't look like it, but we will open!" she promises.

Water Street has taken over the spot previously occupied by the boutique Maven. It's on the same block as Acero, Kakao and Schlafly Bottleworks, and is just down the street from Monarch, Penzey's Spices and Vom Fass. The restaurant is the latest one to add to downtown Maplewood's reputation as a foodie mecca. (Though, it's true, the strongest food smell on the block emanates from Church's Chicken.)

Gabe Kveton previously worked at I Fratellini in Clayton; Maria helped him out on various catering projects. Water Street will specialize in American cuisine and serve as much local and organic food as possible. The bar, Maria says, will feature organic juices, and Gabe will prepare his own liqueurs and garnishes. Nothing on the menu will cost more than $15.

Both Kvetons talked fast. As soon as they finished, they lifted up their paint rollers and got back to work.