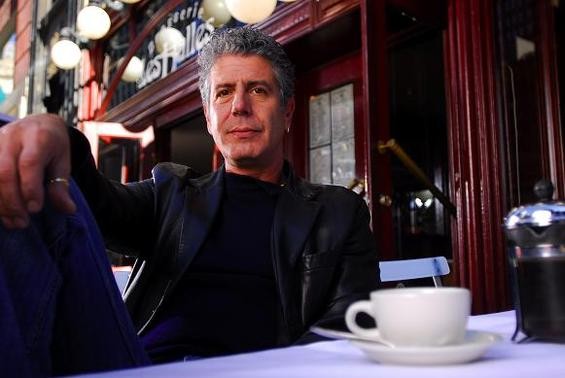 When Anthony Bourdain appeared in St. Louis last year, he noted that while he had no plans to feature our city in his Travel Channel show No Reservations, he would be visiting the Missouri Ozarks for an episode of the upcoming season.

That episode airs tonight at 8 p.m. central. The No Reservation site has a couple of preview videos, including Bourdain skinning a squirrel destined for a pot pie.

In the episode, Bourdain visits West Plains, Missouri, hometown of one of his favorite writers, Daniel Woodrell, the author of Winter's Bone (on which the recent Oscar-nominated film was based) and several other acclaimed novels.