This is part one of Chrissy Wilmes' Chef's Choice profile of chef Scott Truong of Pearl Cafe. You can find part two, a Q&A with Truong, here. Look for part three, a recipe from Truong, here. 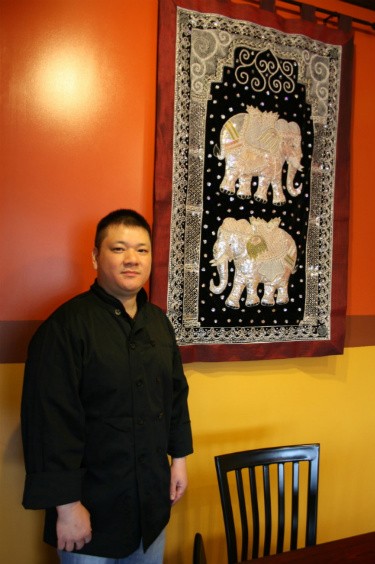 If there's one thing the Truong clan has mastered, it's balance: between family and business, Vietnamese and American cultures, modernism and tradition. Having studied the culinary traditions of his family (as well as their own restaurants' business models) for decades under the guidance of his grandmother, aunts, uncles, parents and even in-laws both in the culinary profession and at home, Scott Truong now channels all of that talent (as well as most of his time and energy) into creating his own traditions at Pearl Cafe in north St. Louis County.

Scott Truong was born in Vietnam, and his family moved to the U.S. when he was six months old. Tommy was born a few years later in Michigan. Both brothers are bilingual and speak English well, though with some hesitation. The family came to St. Louis because, he explains, "There was work already here for us. Grandma had a nephew here who opened up restaurants for a living."

The broad network of family-owned restaurants, in which the Truong brothers worked from an early age, provided everything they know about running a business (and much of what Scott knows about cooking). But Scott hastens to add that it was the lessons he learned at home that made him the chef he is today. "My favorite [food] is what we make at home," he attests. "Nobody can duplicate that." 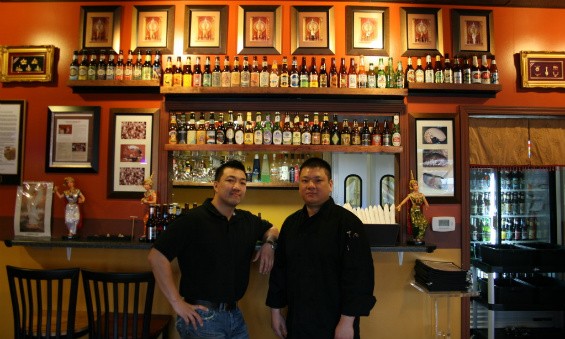 Pearl Café, brainchild of brothers Scott and Tommy Truong, opened its doors in May of 2009. Together the Truong brothers did nearly everything themselves in preparation for the restaurant's opening, from painting the walls to choosing the décor to planting the vegetable and spice garden to completing the building's electrical work. The menu is entirely Scott's creation, made up of traditional and Americanized Thai, Vietnamese and Chinese dishes, re-imagined.

In short, this restaurant is their baby. (Appropriately, it's named after Scott's two-year-old daughter, Pearl). The proof is in the care the brothers take in the preparation and presentation of every dish they serve. 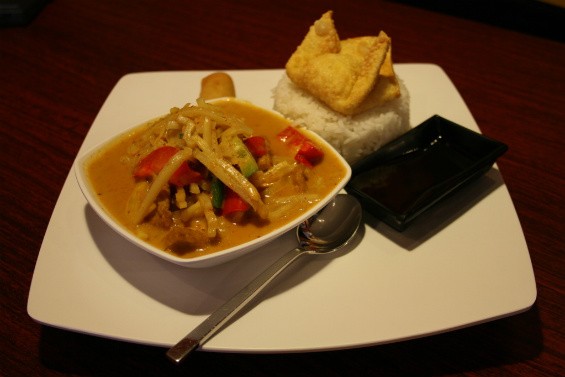 That's what sets Pearl Cafe apart from the rest. Scott seasons his dishes delicately, finding the ideal amount of spices so as "not to overwhelm the flavors so much." He perfects his dishes using a lot of fresh ingredients. "We have fresh herbs," he says. "We grow them ourselves in the garden." The Truongs also grow their own cucumbers, red onions and bell peppers; not surprisingly, they'll happily make any dish vegan when requested.

The brother restaurateur tandem hopes to expand sometime soon, perhaps opening a location in Chesterfield or Downtown. Scott plans to carry a few of the dishes over, but he says he is excited to start fresh with a new menu, and to add Japanese cuisine to the mix.

His eyes gleam when he talks about his family -- wife Aey and children Pearl and Christian -- and when the topic turns to his menu, his passion for cooking, the work he has put into his restaurant and his plans for the future. He is nothing if not a dedicated family-and-food man, and he seems happiest when the two mix.

The brothers take a great deal of pride in their space, their beer selection and their "club" for the patrons who brave the spiciest dishes. They're also proud of Pearl Cafe's pioneering location, in the heart of Florissant. Notes Scott: "You don't have to go down to the Central West End, the Loop or South Grand any more just to get some good Asian food!"