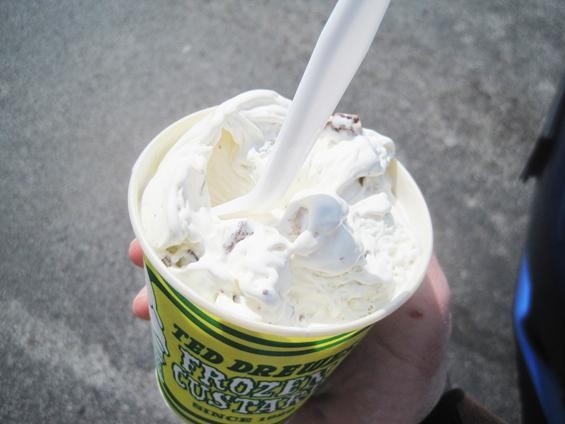 Though I've lived in St. Louis for the better part of a decade now -- and though I've left myself wiggle room by classifying these as my "favorite" dishes, not the "best" -- you still won't find pizza topped with Provel, slingers or toasted ravioli on this list. It's not for lack of trying. Some foods, I think, you have to grow up eating to love.

The frozen custard at Ted Drewes, though? That language is universal.

Though Ted Drewes is well known for its turn-the-cup-upside-down trick, it's the smoothness of the frozen custard that won me over. The first spoonful doesn't make me think concrete so much as silk. It isn't better than ice cream or gelato, just different -- and, when I'm in the right mood, sublime.

(It is, however, better than frozen yogurt, surely the most overrated frozen dessert of all time.)

The inclusion of the Heath Bar bits isn't really relevant to the concrete's place on this list. It's just what I felt like having on this visit.