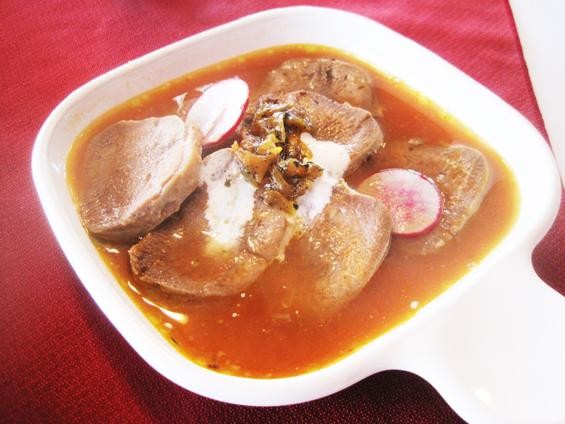 Café Natasha's Kabob International was the first restaurant that I reviewed for the RFT (or any publication for that matter). That was five years ago next month. I had no idea what I was doing then -- I'm sure more than a few of you will say I still don't -- but I did know one thing: I loved the beef tongue dish there.

Tongue might be the gateway offal. The meat's flavor isn't "weird," but distinctly beefy -- not unlike a pot roast, if a tad earthier. At Café Natasha's, each medium-thick slice is fork-tender.

(One aspect of the texture -- and the sight -- of tongue that some have difficulty with are the tiny papillae that coat its surface. At Café Natasha's, at least, this can be cut away from the meat without any difficulty or loss of flavor.)

Tongue, properly prepared, is so flavorful that it doesn't need much accompaniment. Here the slices are served in a buttery broth that adds even more richness to the meat. Atop the slices is a smattering of curry-mustard sauce, which provides as contrast a gentle bite.