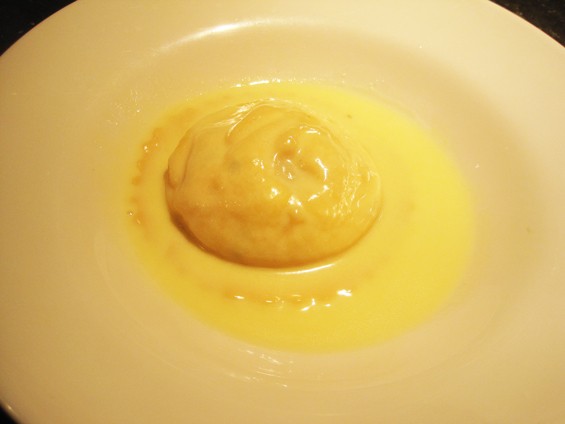 When Jim Fiala's Acero opened four years ago, it raised the bar for authentic regional Italian cuisine in St. Louis so high that other restaurants are still trying to reach it. Four years after I first visited the Maplewood restaurant, I still think about its egg raviolo.

The dish is sublime in its simplicity: a farm-fresh egg yolk -- a gorgeous, vivid orange -- nestled with a blend of Parmigiano-Reggiano, mascarpone and ricotta cheeses inside a single large raviolo. Adam Gnau, Acero's executive chef, dresses this with nothing more than a thick, rich beurre monté.

The combination of sauce, yolk and cheese is as indulgent, in its own way, as a slab of foie gras. (For those with only a mild sweet tooth, it could serve as a dessert.) Once you've dispatched the raviolo itself, dip your bread in the remaining of beurre monté, yolk and cheese -- or just eat the mixture with a spoon. God knows I won't tell anyone.