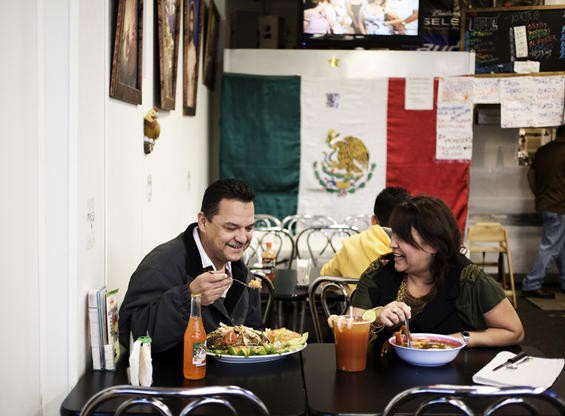 La Tejana Taqueria has been serving tacos, tortas and more for three years now. To my regret, I didn't visit the restaurant until this year.

If you can visit here only once, it should be on the weekend, when the kitchen makes carnitas. That La Tejana treats as a special what many Mexican restaurants serve daily should signal the seriousness of its intent. The carnitas is fantastic, the most flavorful I've had in St. Louis, the exterior walnut brown and crisp, the interior fork tender. The flavor is exactly what you would expect from pork simmered for hours in its own lard: a touch sweet, a touch funky, mostly piggy.

Order the carnitas as a plate, and you receive a stack of corn tortillas in which to wrap the meat, and, if you want an extra kick of flavor, some of the restaurant's fiery red or more mild green salsa.