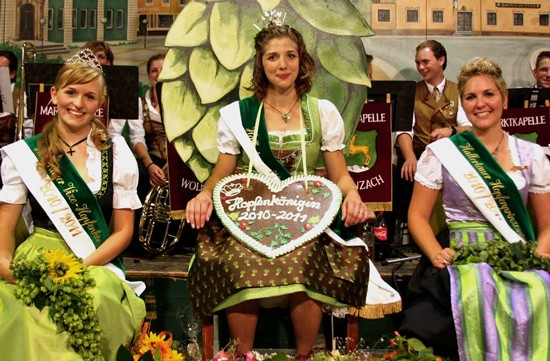 Head brewer Florian Kuplent spent his youth in the Bavaria region of Germany, where he honed his skills. HopfenFest gives him an opportunity to introduce St. Louis to hop farmers from Germany's Hallertau region, where hop cultivation dates back to at least the year 736.

"Hops are one of the key ingredients in the brewing process and the Hallertau region in Bavaria is one of the most important hop growing areas in the world," says Kuplent. "Hosting a festival that celebrates this particular region seemed like a fun and unique way to share our passion for the brewing process with the public.

"We hope people will leave the festival with a better understanding of the different hop varieties and the way in which hops influences beer aroma and flavor profile."

Tastings will illustrate how different hops change a beer's flavor and character, including Urban Chestnut's Zwickel, Hopfen and several new pilsners, which all use Hallertau hops. They'll also have their non-hoppy Winged Nut brew.

Along with the brewers, the reigning Hallertau Hop Queen, Christina Thalmaier, will be making the trip across the pond.

"The manager of the German Hop Growers Association, along with several Hallertau Hop farmers, are good friends of mine," Kuplent explains. "I had a standing invitation for them to visit St. Louis. Luckily, they are able to fit a visit into their travel plans."

Tickets cost $30; a limited number are available at the brewery. The price gets you admission to the festival, a commemorative glass and live music to accompany your beer samplin'.

"We plan to make Hopfenfest an annual event and are also working on several additional festivals throughout this year." Kuplent promises.