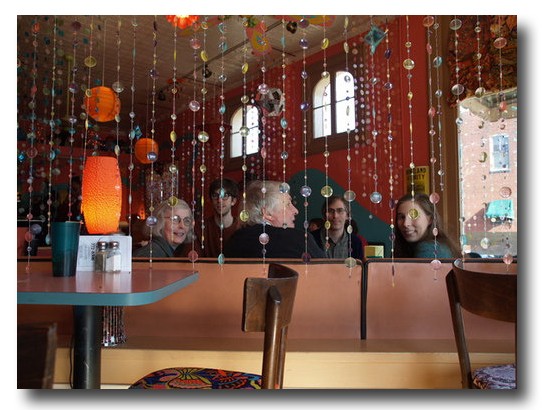 The rumors are true. Antique Row's Shangri-La Diner will close on Sunday, March 13. It's business-as-usual until the end of brunch service on that day.

Owner Patrice Mari made the announcement via Facebook on Tuesday:

To all of my awesome friends. It is with great sadness that I have decided to close Shangri-La. I have a rare opportunity to work with someone already in food manufacturing to develop the first product under the Shangri-La foods banner. I can't do both and this is a project I've been working on for two years.

We have a call in to Mari and hope to be able to pass along news of her next food venture soon.

In the meantime, organizers of events like a fundraiser for Tenth Life Cats that was scheduled on March 24 at Shangri-La are in the process of finding new venues.

Mari asked her customers to give the diner a big send-off, which is already in the works. Gregory Johnston put out the call for St. Louis vegetarians and vegans to meet at the diner on Friday, March 11 from 6 p.m. until closing time.