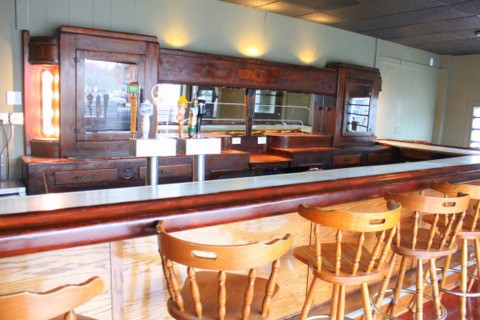 Over at A to Z, my colleague Diana Benanti has filed a progress report on Halfway Haus, a new bar and music venue slated to open at 7900 Michigan Avenue on Thursday, March 10.

Meanwhile, George Mahe reports on Relish that Izakaya Ren is now open at 2948 Dougherty Ferry Road in Valley Park. Izakaya Ren is unusual for St. Louis, a restaurant specializing in sake and Japanese bar snacks like yakitori -- skewered, grilled chicken (traditionally, though various other meats and vegetables are also served as yakitori).

Keep your eye out for a Gut Check "First Look" at Izakaya Ren in the next few weeks.

Update: (Friday, March 4, 9:00 a.m.) Andrew Veety posted many of Izakaya Ren's menu items on the STL Bites forum. As he points out, this menu is an amalgam of yakitori as well as sushi and even non-Japanese fare.