#22: The Blueberry Scone at La Dolce Via 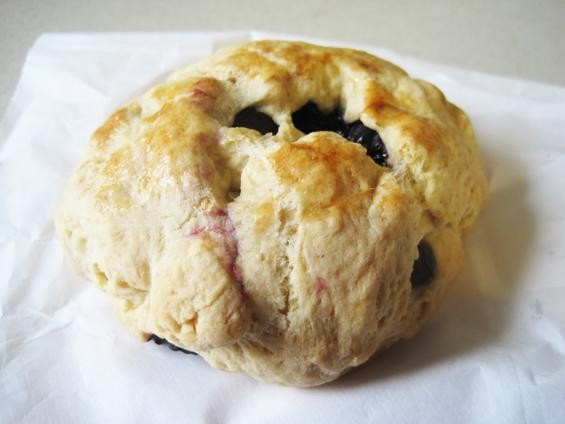 How do you know that you're in the hands of a master baker? When the only sweetness that you can taste in your blueberry scone is the natural sugar of the fruit itself, and it is exactly enough.

La Dolce Via hasn't always had an easy go of it. The Forest Park Southeast bakery and café had a close encounter with closing a couple of years ago, and owner and baker Marcia Sindel has battled health problems.

One taste of the blueberry scone -- or, really, any of the baked goods -- reminds you why this is a place worth not only preserving, but also celebrating. The dough seems suspended in this perfect state, not quite flaky like a croissant, certainly not brick-hard like so many commercial "scones," and it yields easily to the sweet, plump fruit within.