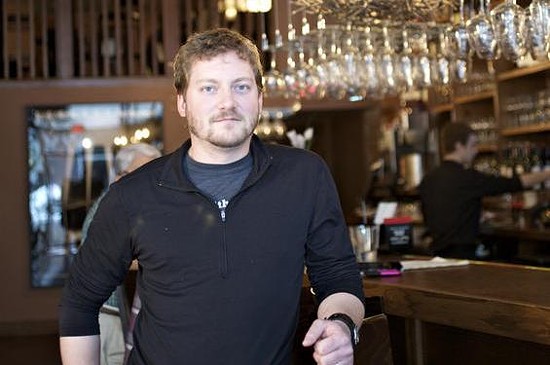 An eagle-eyed reader emailed a few days ago to report that there appeared to be something stirring at the former City Grocers/City Gourmet spot at 920 Olive Street downtown -- and that a sign in the window suggested that this stirring might be a new project from David Bailey, the restaurateur behind Baileys' Chocolate Bar, Rooster and Bridge Tap House & Wine Bar.

Bailey tells Gut Check that, indeed, he is taking over the space and that his new project there will have two parts.

First, he is moving his commissary kitchen here from Webster Groves. The commissary kitchen is necessary in the first place, Bailey explains, because "our restaurant kitchens are so small, we aren't able to bake our bread [there]."

Thanks to this kitchen, "We have our own bakery, we smoke our own meats. We just wanted to move it closer to the actual restaurants."

In addition, Bailey says, "We're going to open another restaurant in the space." That eatery will share a kitchen with the commisssary.

Bailey isn't ready to discuss the concept of this new restaurant, but he does tell Gut Check that it should be open by the summer. Stay tuned to Gut Check for more information.