What with her duties as a site manager for PlattForm Advertising and her freelance work in search-engine optimization and web marketing, Kansas City native and St. Louis transplant Heather Physioc has a lot on her plate, but she always leaves room for a slice of cake.

Every week since August 2010, Physioc has baked a cake and documented the experience on her blog, fiftytwocakes.com. As the blog name implies, Physioc intends to keep it up for an entire year, detailing recipes and instructions in an accessible, readable style and including photos of the desserts in various stages of completion. Physioc, who turned 25 in December, also shares personal anecdotes and solicits cake challenges from her readers.

As of the project's midpoint, the site ranks 3rd in followers among cake blogs and 48th among baking blogs, according to blog aggregator NetworkedBlogs.com.

Physioc found time to chat with Gut Check about her blog's growth, dealing with cake catastrophes and staying in shape while making delicious desserts.

Gut Check: What made you pursue this project and what do you hope to accomplish with Fifty-two Cakes?

Heather Physioc: First of all, I really liked baking. Secondly, I'm really good at biting off more than I can chew and taking on crazy, stupid projects. But also, when my husband deployed to Afghanistan, I knew I would need something to keep my mind occupied and not go crazy being by myself while he's overseas. I made a list of 25 things I wanted to accomplish this year and on that list was baking 52 cakes in 52 weeks. My goal is to become a better, smarter baker and evolve my technique. Also I'd like to be better at presenting what I bake. I'm probably the worst cake decorator I've ever met, but I'm working on it, man.

Was there any reason behind choosing to do a cake a week for a year?

"Fifty-two Cakes" is kind of catchy. I don't know why it is, but it is. Secondly, I needed something to commit to. If I set a deadline and do this every Thursday, then I can follow through. Part of the thing about [thinking] "It's going to be great and it's going to be this huge-deal project!" is I don't always follow through. It was important to make sure I actually achieved this goal instead of washing out halfway through.

How much baking experience did you have when you started?

The most baking I did before was usually for somebody at the office's birthday. I would say, "What's your favorite dessert?" and I would go home and learn how to make it. As it got a little more evolved, I would say, "OK, give me a secret ingredient and I'll go home and come up with a dessert." So maybe twelve to fifteen desserts a year. And now one to seven a week.

What's your favorite cake so far?

They're actually getting better and better. My first cake that was arguably pretty close to perfect was a gluten-free pumpkin cake with cream-cheese frosting. That's got a special place in my heart as far as being my first one I didn't screw up something horribly on -- it took me two months to finally make a cake I loved. I made one recently that was a pretty big hit. It was a sour lemon cake with fresh lavender. That one turned out really cool and it didn't taste like soap, which is what I was worried about. I made a pretty good cake on New Year's. It was a chocolate-mint cake with mint-infused buttercream and crushed peppermint candies. That one came out pretty close to perfect too. You can't beat chocolate and mint.

I haven't made a bad one since Cake No. 4, which was a total cake fail. It tasted like scrambled eggs.

You talk about some cakes being big hits. Are you basing that on what you think or do you give cake to friends?

My rule is I get to have no more than two pieces, and I have to give the rest away. I'll take them to work and give them to co-workers, any of my freelance contractors, I'll give 'em to them. The folks next door brew their own beer and they traded me a beer for cake. The object is to get the cake out of the house as soon as possible. Otherwise I'll eat the whole thing, which is a problem.

Limiting yourself to two slices -- is that how you stay in shape?

Yeah, and I exercise a lot. When you drink as much beer as I do and you eat as much cake as I do, you kind of have to go to the gym. How is the response to the blog? Are you getting followers you don't know?

It's gotten a lot more buzz than I thought it would. I've already got 65 followers on Facebook, and I never thought that would happen. And yeah, I'm finally getting people I don't know! I would say maybe 25 percent are people I don't know. 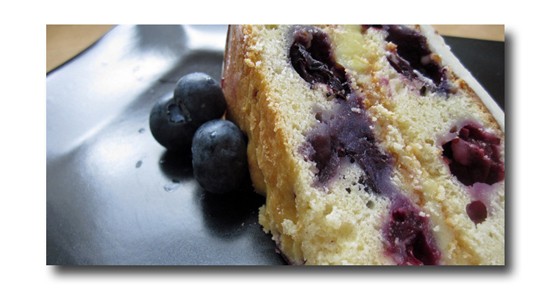 In one post you talk about how you learned not to over-beat cake batter. Any other valuable cake-baking tips?

Yeah. Not everything can be substituted. Like when I tried to make Cake No. 4, I substituted that cake to death, and that's how it ended up tasting like scrambled eggs. So, that's one thing: Make sure you have all your ingredients. Sift everything, even if the recipe doesn't tell you to. The biggest tip I have is to plan ahead and take your time. When I get rushed, I get lazy or sloppy and I screw something up.

Oh, and another thing: Always let your cake cool completely.

Was Fifty-two Cakes inspired by Julie and Julia?

I actually saw the film about ten weeks into the project. So I had already made ten cakes before I watched the movie and realized what it was all about. But I totally resemble that girl, especially in that scene where she's flopping around on the floor in the kitchen because something awful happened and she feels like she can't go on. If a cake goes horribly wrong, I feel completely defeated. So I guess it's a little bit like Julie & Julia, but I didn't [set out] to be like that.

Any plans for the 52nd cake?

My friends are like, "You have to do one of those three-tier pie-inside-of-a-cake cakes!" Have you seen those on the Internet?

They bake three different pies, and they bake them inside of three different cakes, and then they stack them. It's the most disgustingly bad-for-you thing I've ever seen, and I might do it. I'm going to need about three helpers to make that happen, though. It's a terrible idea, so I'm pretty tempted to do it. You have to do something really dramatic on No. 52.

After the project, do you think you'll continue baking cakes this way? Or are you done when it's done?

I really, really enjoy it. Cakes are a lot of pressure, but it's becoming almost therapeutic: Every Thursday I'm in the kitchen. No matter what else is going on in my life, I can shut down and just bake a stupid cake. I feel like when it's over, I'll miss it so much, so I'll have to fill it with something. If I do anything, it'll be something like Fifty-two Cupcakes, or Fifty-two Cookies, or Fifty-two Truffles.