Today's Question: How many of Michael Pollan's Food Rules can be broken at a biker swap meet? 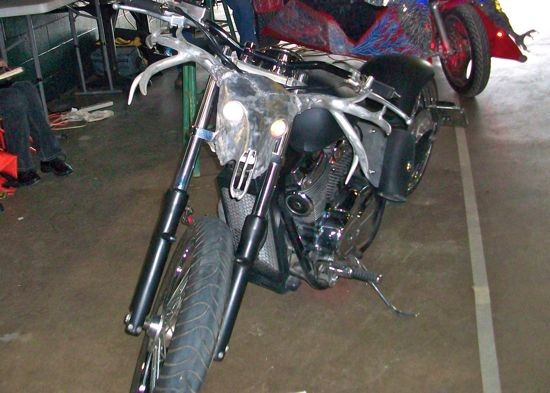 ​In the context of the Winter Blows Swap Meet Bike Show, an end-of-January event held at scenic Fairmount Park in Collinsville, Michael Pollan's Rule #31, "Eat wild foods when you can," conjures up a scary karaoke image of our favorite food fascist in black leather hip-huggers, belting out Steppenwolf's Easy Rider anthem, "Born to Be Wild." Of course, "wild" means something different to the Omnivore than it does to most bikers.

Bikers, generally speaking, do not forage for plant life when they crave a taste of something wild. They may occasionally head into a field or forest in search of the odd magic mushroom, but they're much more likely just to knock on the trailer door of some crystal methodist's lab, then vroom on over to their favorite strip club. 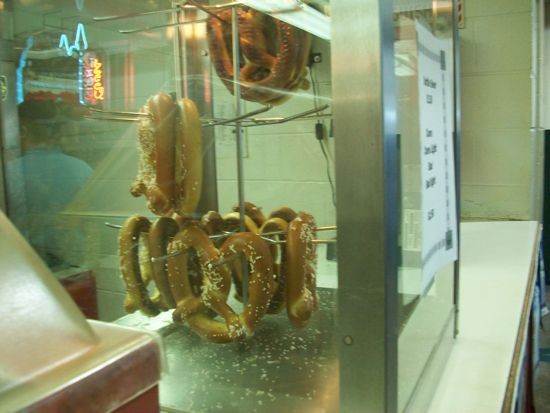 ​Truth to tell, there wasn't a whole lot of eating going on at this year's Winter Blows. The black leather-jacketed in attendance were too busy to eat, intent instead upon sizing up fringed black-leather throttle grips, rusted engine parts and chipped chrome handlebars. Or maybe the dudes just didn't find the offerings sufficiently appetizing. Then again, who could turn his or her leather-jacketed back on one large aluminum pan of crusted-over chili, a few random slices of flaccid pizza and a rack of stale-looking hot "soft" pretzels?

One woman, whose husband's orange chopped trike featured a wooden flatbed for hauling supplies, slumped in a lawn chair nibbling halfheartedly at a piece of snow-white dough plucked from the interior of one of those pretzels, more out of boredom than hunger, and so violated two Food Rules at once: Rule #47, "Eat when you are hungry, not when you are bored"; and Rule #37: "The whiter the bread, the sooner you'll be dead."

​Bikers have an "Eater's Manual" of 69 statutes all their own, which, rather than being bound in a book, are exhibited openly in the form of patches -- as befits a group that advocates above all the legalization of liberty. The gentleman pictured above, who manned a booth dedicated to sewing colors onto black leather, is sporting 2 of said 69.

Can you discern which? (Click here for a closer peer....)