We're Number Six! What St. Louis Needs to Do to Become America's Drunkest City in 2012

Bravo, St. Louis! We worked hard, and we did it: Men's Health has named us America's sixth-drunkest city -- and the drunkest city in the entire Midwest! 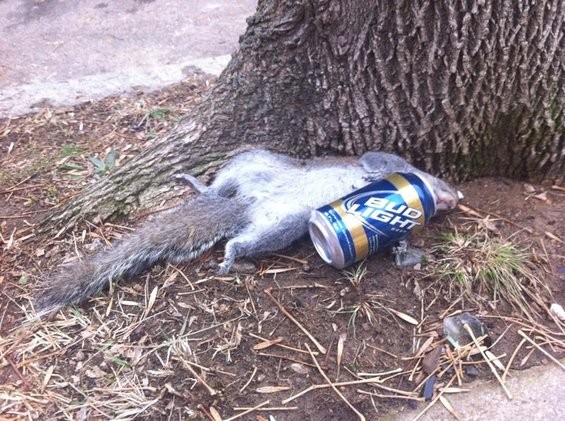 But we can do better. What do Fresno, Reno, Billings, Riverside and Austin have on us? Surely we can outdrink them.

Here are ten ways we can rise to the top:

10. Fill the barren concrete banks of the River Des Peres with Natty Light.

9. The food truck trend's caught on, and it's high time Shot Heaven jumped onboard its own juice jalopy.

8. Every time a disgruntled smokers complains about the new smoke-free laws, all citizens of legal age will be required by law to do a Jell-O shot of Everclear (whose distiller, Luxco, is as St. Louis as Budweiser).

6. Add a rooftop bar to the Gateway Arch.

5. Merge with St. Louis County to increase the drinking population.

4. Investigate fermentation possibilities of the liquid left behind from Provel cheese production.