Yes, We Had No Bananas on Sunday

Sunday night, Facebook and Twitter lit up with a panic. Not just from the news of the impending storm doom, but because of a lack of bananas.

Readers reported that Schnucks stores in Richmond Center only had organic bananas in stock. Schnucks in Swansea Plaza was sold out of bananas, as was the Telegraph Plaza Dierbergs on Sunday. Mid-afternoon visits to the Brentwood Promenade Target and Trader Joe's yielded dwindling banana supplies.

So what's happening? Is this the beginning of the end of bananas? Earlier this month the New Yorker reported on the spread of Tropical Race Four, a fungus that wiped out banana farms in Asia and Australia, will eventually move into Central America, putting bananas as we know them in peril.

Lori Powell of Belleville was in Honduras on non-banana-related business two weeks ago and said, "The commercial [banana] grows looked full and fine on the trip to the airport."

That's because the problem's not in Central America. It's a part of the weather forecast panic that happened on a weekend.

"It's customer demand - it's a storm item like milk, eggs, bread, beer, and toilet paper that all go during the storms," said Todd Vasel, the Assistant Director of Marketing and Advertising for Dierbergs. "We get a run on ice cream and chocolates, too. People still want their treats.

Vasel also noted that traffic in Dierbergs stores on Sunday was similar to what they see on Christmas Eve, one of the biggest shopping days of the year.

"Sundays are already a busy day for us and the forecast of bad weather added to that," Paul Simon, Senior Communications Specialist for Schnucks Markets, said in an email. "It is possible that some of our customers may have encountered spot shortages on staple items that always seem to be popular during weather scares.

"However, I'm am happy to report that we are rebounding magnificently this morning. We have moved up deliveries and scheduled extras to get the products our customers want to our stores. Reports from the field are that most stores are in stock with the staples and ready to serve customers." 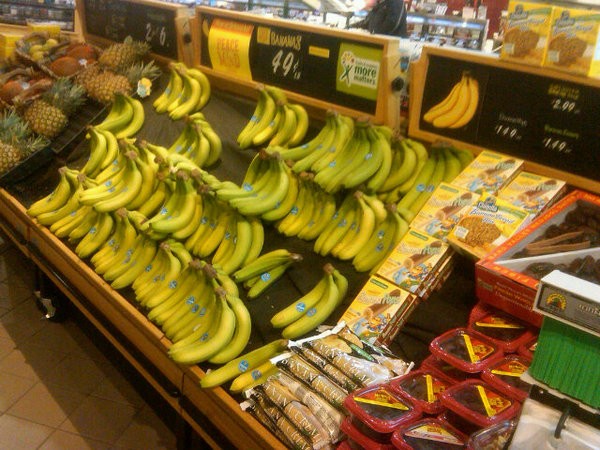