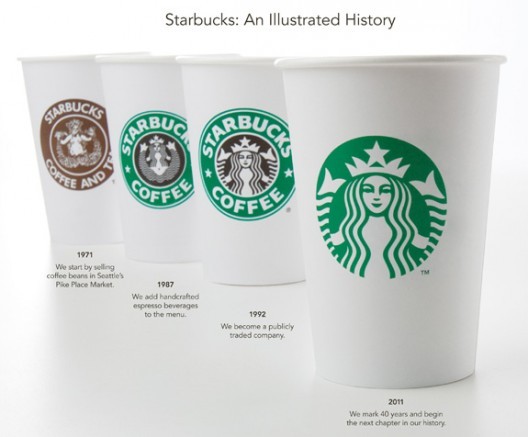 Starbucks has revealed the latest version of its iconic logo. As the photo above shows, the basic appearance of the siren doesn't differ very much from its previous version. However, the most obvious change in the new logo will give more ammunition to those deride Starbucks for overroasting its beans: The word coffee has vanished entirely.

Is Starbucks finally admitting that its product shouldn't be confused with the real deal -- especially now that coffee, like beer, has become an object of cultish and occasionally insufferable obsession?