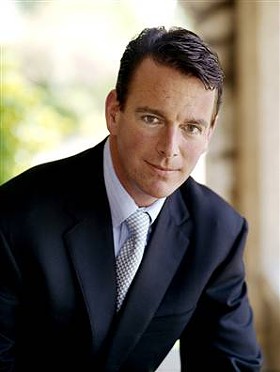 When we tumbled off the ol' king-size Posturpedic after yet another post-holiday bender and scanned the local headlines yesterday morn, our peepers opened wide at the sight of Deb Peterson's EXCLUSIVE interview with bad-boy beer baron August A. Busch IV.

Having read said EXCLUSIVE -- and its update, featuring the Post-Dispatch's subsequent interview (another EXCLUSIVE, no doubt) with the mother of the late Adrienne Martin -- we wiped a single tear from each bleary eye and paused to reflect:

That Busch family sure does have an uncanny knack for getting mixed up with mayhem!

Without further ado, a stroll down memory lane, featuring generations of Busch boys, their various near- and full-blown tragedies, what the participants were drinking at the time, and -- and this is crucial -- what they should have been drinking.

1. February 8, 1976 Peter Busch, son of August "Gussie" Busch Jr. and half-brother of August Busch III, fatally shot his friend David Lecker at the Busch family's Grant's Farm mansion. Young master Busch, twenty at the time, said it was an accident: He was tossing a Colt .357 handgun onto his bed when it somehow discharged. Police later determined that the muzzle of the gun was within a few feet of Lecker's face when it fired. A grand jury indicted Busch for manslaughter. He pleaded guilty and was sentenced to probation.

It's unclear what, if anything, Peter was drinking at the time of the unfortunate incident, but clearly the crime scene cried out for...shots!

2. December 1981 Peter's younger brother Billy Busch bit off half of another man's ear during a bar brawl at H.P. Cassidy's Saloon in St. Louis. Efforts to reattach the ear were unsuccessful, but prosecutors determined that Busch didn't start the fisticuffs, so he wasn't charged with a crime. He later testified in unrelated civil litigation that he'd paid his victim $25,000 -- presumably to make the incident go away. In a subsequent child custody case involving Busch and his paramour, no less than the chief justice of the Missouri Supreme Court would call Busch "the archetypal playboy".

Hmmm, a brewing scion in a bar brawl -- probably safe to say drinking was involved. A bloody mary is tempting, but not quite right. May we suggest...a bloody bull?

3. August 1981 A scant eight months later, Billy Busch is at it again, this time at a Mexican fast food restaurant. When he hears a restaurant worker say "something vulgar," Billy, as he would later testify, "reached in on him." Though Billy will later claim he "barely grazed him," the worker suffers spinal-column injuries and Busch is charged with a felony. A St. Louis County jury acquits him.

A pitcher of margaritas, you say? Perhaps a round of piña coladas? No, and no. We're talking spinal damage here! Get your liver around that potent potable known as...the Paralyzer.

4. November 13, 1983 August A. Busch IV, at age nineteen the eldest son of August A. Busch III and heir apparent to the Anheuser-Busch company, is a student at the University of Arizona. Witnesses report that Busch downed as many as seven vodka-collins cocktails at a Tucson bar before peeling out at nearly 65 mph in his Corvette with bartender Michele Frederick beside him. The car is found the next morning, abandoned 70 feet off a winding road outside of town. Pima County Sheriff's deputies also discover the lifeless body of Frederick, who had been thrown from the 'Vette. She was 22.

Tracing the car to its owner, deputies find Busch in his Tucson townhouse, half-naked, bloody and in possession of two firearms. He complains of amnesia. When blood and urine samples are "mishandled" by hospital workers, prosecutors are left with no way to prove Busch was drunk at the time of the crash. Seven months after Frederick's death, the Pima County Attorney closes the case without filing charges.

Sure, go ahead and order up that vodka collins! But seven sounds a little extreme. Instead, we suggest following up with a Mind Eraser or two, for, you know, verisimilitude.

6. May 31, 1985 Back in St. Louis and studying at SLU, August A. Busch IV continues to have crappy luck with cars. This time the auto in question is a Mercedes-Benz, and the would-be victim isn't a young bartender but a pair of undercover city cops. When Busch's barreling Benz nearly clips their unmarked vehicle, the officers give chase. Busch fails to pull over -- he'll say later that he mistook the policemen for ne'er-do-wells -- prompting the cops to shoot out his left rear tire. The detectives find a .38 in the backseat of the Benz.

Busch is charged with speeding, running four stop signs and a red light and two counts of assault. At trial his attorney urges jurors to "walk a mile in the shoes of August Busch." The panel acquits the defendant on all charges.

OK, booze appears not to have been involved. But wouldn't an Absolut Anti-Freeze go down smooth?

6. December 19, 2010 Now a 46-year-old beer baron without a brewery, August A. Busch IV battles depression at his compound in Huntleigh. As if that's not sad enough, trouble seems to lurk around him like a bad smell. On this chilly winter late-morning, Busch awakens beside gal pal, 27-year-old Adrienne Martin, slips out of bed and pads to the kitchen to whip up her "favorite shake." When he returns to the boudoir, Busch notices that his paramour is...dead.

A sometime swimsuit model and waitress at the erstwhile Washington Avenue nightclub Lure, Martin had recently been divorced from the man she married before she turned 21, a physician eighteen years her senior.

As we await toxicology results (and reconsider our 2009 notion of an "Entirely 100% Unauthorized August Busch IV Dating Contest!" which all of a sudden doesn't rank as one of our better brainstorms), a beverage would seem to be in order. Dunno about you, but better make ours an O'Doul's.

Note: All hail Under the Influence: The Unauthorized Story of the Anheuser-Busch Dynasty, by Peter Hernon and Terry Ganey, for doing the majority of the factual heavy lifting referenced in the above.