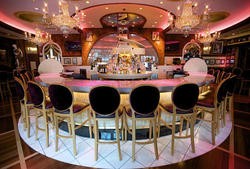 November was a tumultuous month for the local restaurant scene -- much more so than this list can convey. That's partly because some of the news items from the beginning of the month were about restaurants that had closed in late October, like Wapango, and partly because some of this month's closures were already known (An American Place) or heavily rumored (Jeff Ruby's Steakhouse) weeks in advance.

The full list of openings and closings is after the jump. As always, let us know what we might have missed.