iTap Does One Thing and Does It Well: BEER 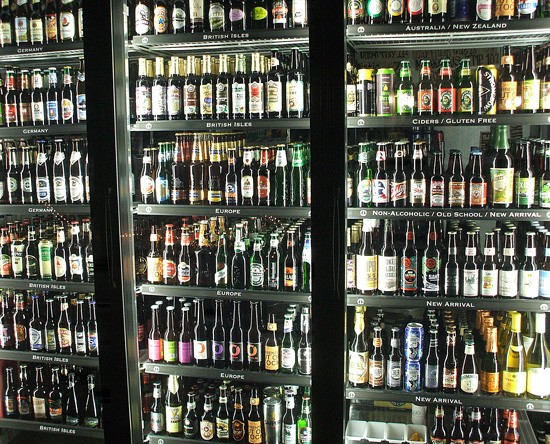 It's all beer here. By which we mean ALL BEER...

The Scene: It's relatively new to the Soulard neighborhood, but the International Tap House, affectionately known as iTap, has been luring crowds to Chesterfield for years now. The place makes no bones about its singular focus: an insane beer selection. There are more beers on tap then you've got fingers and toes, and there are many more in bottles. Not singular enough? How about this: iTap does not have a kitchen. However, patrons are encouraged to bring in their own food -- and if you don't come prepared, there's a selection of menus from places that'll deliver.

Why You'll Go Back: If we were to guess, we'd say you could visit iTap for a beer every day for a year and not make it all the way through what's available here. That's quite a malty mountain to climb.

The Verdict: Even if you don't love beer, you're likely to find one you like at iTap. With choices from every style and every beer-brewing nation, the odds are in their flavor -- we mean favor.