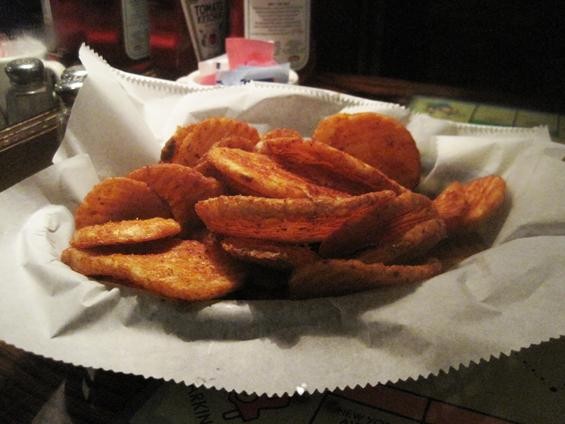 What? You thought I'd make it through this list without a stop at Blueberry Hill? My office is right down the street. I've probably eaten here more often than at any other restaurant in the seven and a half years I've lived in St. Louis. The only surprise, I guess, is that I didn't pick the burger.

I do like the burger here -- more, I suspect, than many of my fellow burger aficionados do. But I wouldn't classify it as one of my favorite burgers in town.

What I do love, without reservation or shame, are the Buffalo fries. So called because they pack some heat -- though they don't, to me at least, taste anything like traditional Buffalo wing sauce -- the fries are just a terrific snack, starter or side dish: crisp, salty, spicy and, yeah, a little greasy.

Because I'm a patriot, I order ranch dressing on the side.