It's that time of year again. On Sunday evening millions of pint-size Iron Men and Hermiones will fill the streets and ring our doorbells, visions of tooth decay Skittles, Snickers and Hershey's full-size milk chocolate bars dancing in their heads.

Yes, folks, it's Halloween, and our collective plastic pumpkin pail overfloweth. But despite the rug rats' sweet, sweet dreams, the cold, hard reality is that all too many of Halloween's empty calories are supplied by crappy candy. Remember when you were a kid, coming home, emptying your pillowcase and separating the take into two piles: the good stuff and the rotten stuff?

To help you avoid being that house, the one with the bad candy -- you know, the one that ends up with a tree full of toiler paper and a garage door splattered with egg -- we've assembled a list of treats to avoid, the Ten Lamest Halloween Candies.

10. Pixy Stix Oh goodie, a paper straw full of sugar. Why don't you just hand out packets of Kool-Aid -- or sugar, for that matter -- maybe toss in some Equal for the diabetic small set. This is the most unimaginative candy ever made. Seriously, it's just lazy. So unless your goal is to groom the next generation of ravers, give the Stix a wide berth when you go shopping.

9. Dubble Bubble Yes, we all love gum. But these dense, dried-out little nuggets barely qualify. Chew this and you'll likely wind up in the dentist's office -- not because of a cavity but because you'll need to replace the tooth that broke in half.

8. Root Beer Barrel Candy The idea's cute -- root beer used to come in barrels, so why not make a barrel-shaped piece of candy that tastes like root beer? Is that genius or what? Uh, not so much. If you're to hand out verisimilitude to the little trick-or-treaters, go with those little boxes of Lemonheads.

7. Candy Corn Whoever came up with the notion of conflating candy with corn should be taken out and shot. At least this was a step up from the original plan, Kandy Kale. Shudder.

6. Those Swirly Peppermint Candies Who do you think you are, the Olive Garden? Kids want fun -- not an after-garlic breath freshener. You toss these into the neighborhood kiddies' candy sacks and you're just begging to have your front lawn sporked. Don't. Do. It. 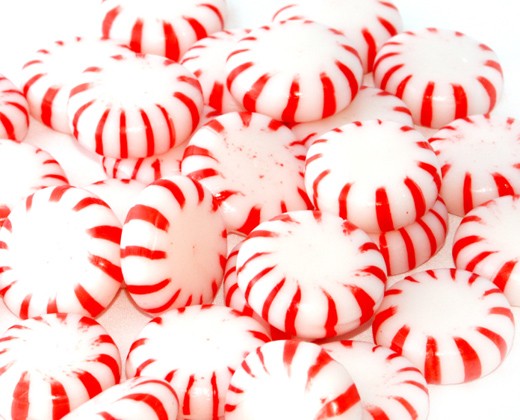 5. Dum Dum Pops Yay, one bite and it's gone! Is there a more pathetic lollipop?

4. Mounds and/or Almond Joy "Sometimes you feel like a nut/Sometimes you don't/Almond Joy's got nuts/Mounds don't." Guess what? Kids do not like these. No one likes coconut until they're at least a teen, and the stuff that goes into these abominations isn't even coconut. Hell, it might as well be broccoli.

3. Black Licorice It looks all Halloween-esque, but these are children you're passing stuff out to, not grandparents. Until they hit college and develop a taste for Jäger, stick with the red kind -- preferably in rope form.

2. Tootsie Rolls Just spring for the damn Tootsie Pops already! Granted, kids have been known to consume these little logs, but only when there's nothing else left in the bottom of the bowl. Rule of thumb: When the bounty's been reduced to Tootsie Rolls, the Halloween season is officially over.

1. Nik-L-Nip Wax Drinks After enjoying your tiny sip of chemically created "juice," you're "treated" to the unparalleled pleasure of chewing wax. Can't wait for next Halloween!