Welcome to Girl Walks into a Bar, a weekly Gut Check feature that spotlights local bars and bartenders. This is part one of Alissa Nelson's double-feature profile of McGurk's bartenders Ronnie Walters (John D. McGurk's Irish Pub in Soulard) and Charlie Myers (McGurk's Public House in O'Fallon). The next installment, a Q&A with Walters, will be posted tomorrow. 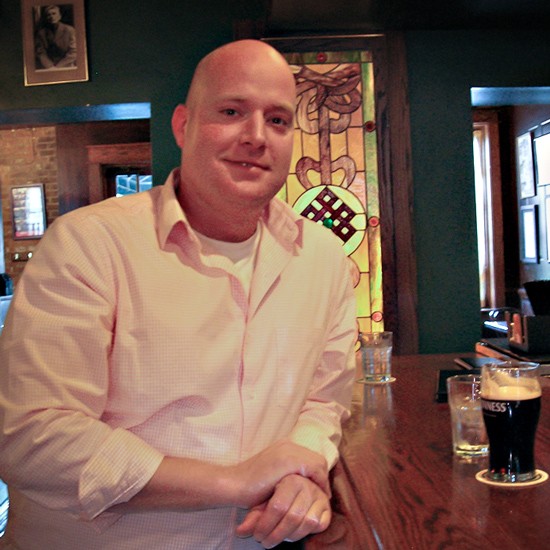 What happens when you put together bartenders from one of Soulard's most expansive pubs and its St. Charles County outpost? Let's just say that drinking with bartenders is an intimidating prospect.

Click through to watch a video of Walters and Myers getting down and dirty with an Irish Car Bomb and then some...

This being one of the city's best-known Irish watering holes, the two prepared to do battle with a warm-up shot of Tullamore Dew Irish whiskey. Then they dove right into Round 1, featuring copious amounts of Guinness and Jameson.