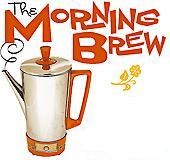 They fixed the nutrition labels on the back of food packages, now let's fix the front, says the National Academy of Sciences. The Los Angeles Times reports that the independent research group found that nutritional claims on the front of packages are often misleading. An upcoming study will report on how packaging "clutter" influences buyers.

Slow down for caffeine. According to the Wall Street Journal Starbucks has changed its policy, allowing baristas to only work on two drinks at a time. Customer complaints that the art of espresso-making had fallen by the wayside led to the change, which has also led to longer lines. Corporate hopes the changes will improve efficiency.

The best burger joint in Washington D.C. (according to USA Today) has been ordered by a superior court judge to stop grilling based on a complaint filed by the law office next door. WAMU Radio at American University reports that the employees at the law firm of Steptoe and Johnson were bothered enough by the beefy aromas from Rogue States to have the seven month old burger joint closed.

Egg-shaped? Hardly. The Daily Mail has the story of a billion-to-one round egg, found by a hotel chef in Cornwall, England. Chef James Church is storing the egg in a plastic safety container and intends to keep it indefinitely.