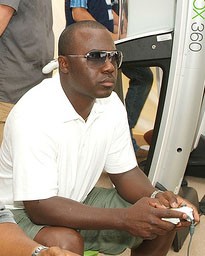 Look, Gut Check has nothing against Don Shula. Still, news that the Hall of Fame coach will open a branch of his Shula's 347 Grill in the new Roberts Tower doesn't sit quite right.What about the steakhouse concepts of our very own St. Louis Rams?

What do you mean, "What steakhouse concepts of our very own St. Louis Rams?"

Don't worry. Gut Check hadn't heard of them, either -- until a source deep inside the restaurant biz passed along the list of proposed concepts that is being circulated among restaurateurs and investors.

- Marshal Faulk's Bitch, I Told You It's a Steak, Eat It or Else

- Marc Bulger's Steaks and Aw, Fuck it, I Quit