Be Sure to Overcook Your Chicken! (But for Heaven's Sake Don't Grill It!) 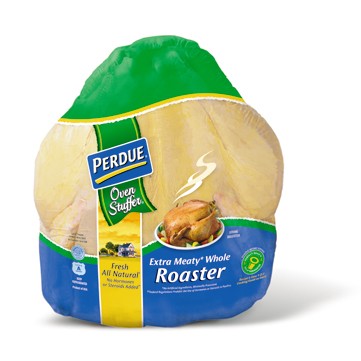 Ya know that warning you see when you buy chicken at the grocery store, the one that says you need to cook it until it's all dried up and stringy so as to avoid certain death food poisoning?

Well, an outfit called the Physicians Committee for Responsible Medicine wants you to know that even if you cook the bejeezus out of your bird, you might risk -- you guessed it -- certain death cancer.

The PCRM filed suit in California against McDonald's, T.G.I. Friday's, Outback Steakhouse, Chili's, Chick-Fil-A and Applebee's, alleging that the restaurants fail to comply with a state law requiring businesses to post a warning to patrons who order food that contains carcinogens.

Scientists have known for decades that grilled meats contain a chemical called 2-amino-1-methyl-6-phenylimidazo[4,5-b]pyridine, or PhIP, and that PhIP is a carcinogen.

Apparently, however, the populace at large isn't sufficiently aware of the connection.

The PCRM says a warning would clear things up.

Trouble is, of course, that the populace at large is very much aware of another connection -- the one between undercooking meat and certain death food poisoning. (There's a law on the books concerning that one, too, the Federal Poultry Products Inspection Act.)

The restaurants and their attorneys pointed out the possible confusion, and that was evidently enough for a Los Angeles district court, which tossed out the physicians' group's lawsuit.

The heat, however, is back on.

If you enjoy reading legal opinions while you're chicken's cooking, you can download the appeal's court decision via this link .

Meat News of the World