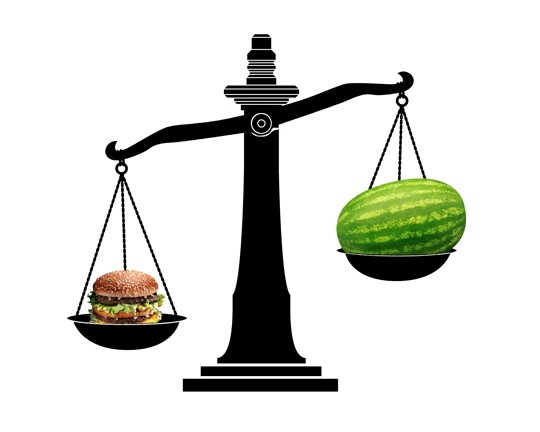 Researchers at the Washington University School of Medicine are conducting a study designed to help families who want to learn about better diet and activity. The project is called COMPASS: Comprehensive Maintenance Program to Achieve Sustained Success, and it is free for families who meet the study's criteria and make the one-year commitment to participate.

Gut Check spoke with Rob Welch, an assistant professor of psychology at the med school who serves as a supervisor for the COMPASS clinical staff and a family group leader. COMPASS evolved from a previous study conducted in San Diego (the results of that study were reported in the Journal of the American Medical Association). In both the San Diego program and COMPASS, overweight children aged seven to eleven who have at least one overweight parent participated in a yearlong weight-loss program.

The COMPASS program focuses on education and simple, sustainable changes to diet and exercise. The most critical evolution from the San Diego study is the strong emphasis on establishing solid peer-support systems.

My wife and eight-year-old son joined the first round of COMPASS and have had a very positive experience, as well as significant weight loss. Welch says their experience is typical.

"We've been very impressed with the level of weight loss, with more than 46 percent of the participants losing at least six pounds" during the initial phase of the program, he says. While six pounds may not seem like a lot, remember that half of COMPASS participants are young children.

For my son, it has made a huge difference to his self-esteem. "I feel a lot better," he says, "and I don't get made fun of that much anymore."

While those are hard words for a parent to hear, both my wife and I have struggled with weight issues since our elementary-school days.

COMPASS exists because overweight children are more likely to become overweight adults, and the percentage of overweight Americans is increasing at alarming rates. My son's weight loss during the initial phase was such that Welch says that "if [your son] can even just maintain his current weight over the next year and he experiences normal growth, he will have moved from 'obese' to 'normal.'"

As a parent, particularly one who struggles with weight himself, that's priceless.

The focus of the first phase, which my family just completed, is instruction on how to change the home environment to promote a healthier lifestyle for the entire family. Each family meets with a trained health specialist who personalizes the COMPASS system to fit their needs. Again, our family is great example of the study's commitment to supporting individuals. My wife has significant dietary restrictions -- including avoiding gluten, corn, soy, and dairy -- and our family is committed to eating local, non-processed foods, but as my wife notes, "COMPASS is not rigid as to what is okay and not okay. Instead it's about finding a balance that works within your family while recognizing the truth about the foods that you're eating."

Our specialist, Molly Swanston, has been incredibly helpful, getting information about the uncommon things we eat and providing support.

"The accountability of having to come every week, weigh in and present your logs forces you to really look at what you're doing day to day with eating and exercising," my wife says. Welch says that's no accident. "Like learning your multiplication tables, the logging develops consciousness of food choices and portion size that is quickly internalized and becomes second nature," he explains.

My son has quickly internalized these choices. He says that while the logging has been "kind of difficult" and that he is sometimes "embarrassed with what I ate," he has learned to stop and think: "Wait -- is this a green food or a red food?"

Our family knew going in that portion size is an issue; it was something we'd addressed somewhat randomly. Participating in COMPASS gave us the push to do it properly, and it quickly came to be a part of our daily eating patterns. As my wife noted, the weight loss aspect of the COMPASS program is effective because it gets to one of the roots of the problem: It's about how families eat and move together and influence each other's habits."

Welch says the study's designers believe it's absolutely critical to "change the culture of eating and activity in both the family and peer network."

COMPASS isn't merely about weight loss. It's about creating an atmosphere of peer and family support to sustain healthy practices over a lifetime. During the initial phase, parents meet as a group, as do the children. My son has found this to be helpful, and not just because the activities are fun. "It's nice to talk with people who have the same issue," he says. "We have something we can relate about -- it's not like school, where some people are healthier than others."

Being in a situation where the socially stigmatizing subject of weight is discussed openly with other kids dealing with the same issue has been liberating for my son. So I wasn't surprised when Welch told me that the positive impact of well-developed peer and family support was a big part of what researchers took away from the San Diego study, and that COMPASS is an effort to explore this aspect.

Welch relates an anecdote about a child who told of being taken out to eat with her family and boldly informing the waiter that the kids' menu contained no healthy options. Whereupon the manager of the restaurant came over and, after a brief review of the menu, concurred with the child's assessment and let her order off the adult menu at the kids'-menu price so she could get something healthy on her plate.

COMPASS is gearing up for its second group of volunteers and seeks at least 50 parent/child pairs by September 1. The criteria:

* at least one parent must be overweight

* both participants must be able to speak English

It's a one-year commitment that offers you family-based behavioral weight-control treatment sessions for a year, including diagnostic measurements of body composition (weight, height, waist circumference), diet and activity before, during and after the treatment program. All of this is provided at no cost to participants.

Education News of the World