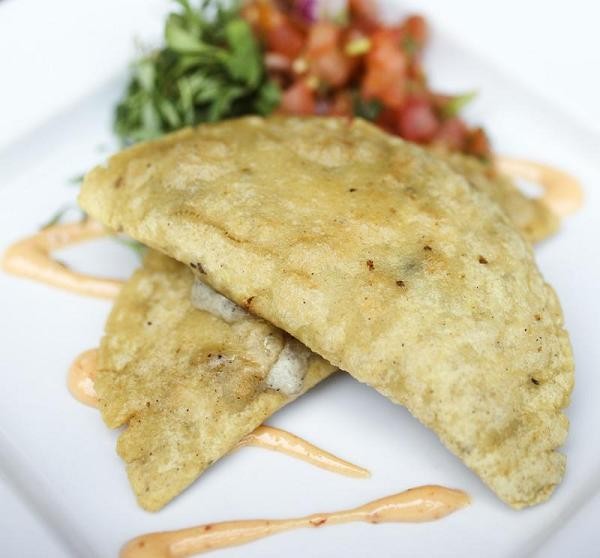 Corn smut is a fungus that blights corn, causing husk-busting growths that look as if they should be floating in jars in a mad scientist's lab. In Mexico, where it is called huitlacoche, corn smut is a delicacy. You rarely find huitlacoche on the menus of Mexican restaurants in the United States -- certainly not here in St. Louis, where making a margarita with fresh-squeezed lime juice and Cointreau rather than premade sour mix and no-name triple sec is considered edgy.

The quesadillas tradicionales are not quesadillas as we Americans know them. Rather, they resemble empanadas: a thin, crisp shell of fried corn masa stuffed with Chihuahua cheese and finely chopped and sautéed huitlacoche and wild mushrooms. The tangy cheese comprises the bulk of the filling, but the huitlacoche is what elevates the dish, its flavor earthy like a mushroom but also pleasantly sweet. The quesadillas are served atop a swirl of chipotle-lime sauce with pico de gallo on the side, a combo that gives the dish an extra pop.