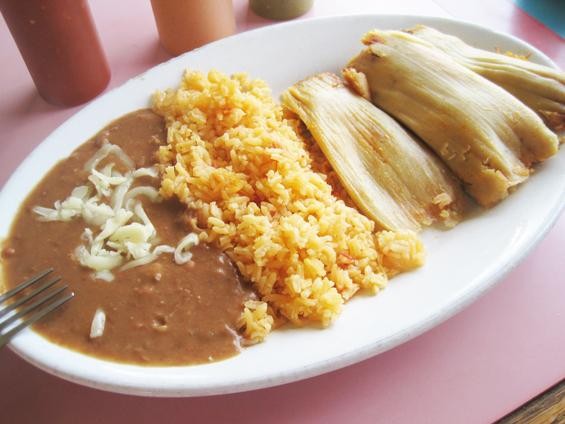 For a long time I had a love-hate relationship with tamales. That is, I wanted to love them but so often was disappointed: too dry or too flavorless or both. Then, two years ago, more or less on a whim during my review visits, I tried the tamales at Taqueria la Pasadita.

Pasadita's pork tamales were outstanding. They still are. The corn masa is moist and flavorful -- not merely the sweetness of corn but with an undercurrent of chile heat. The pork is tender, with a stronger chile flavor. For added punch, squeeze some of the restaurant's red salsa over them.

Best of all, when I reviewed Taqueria la Pasadita in 2008, tamales were available only on the weekend. Now, they are part of the regular menu.