Cup of Sno Open at Deer Creek (a.k.a. Rocket) Park 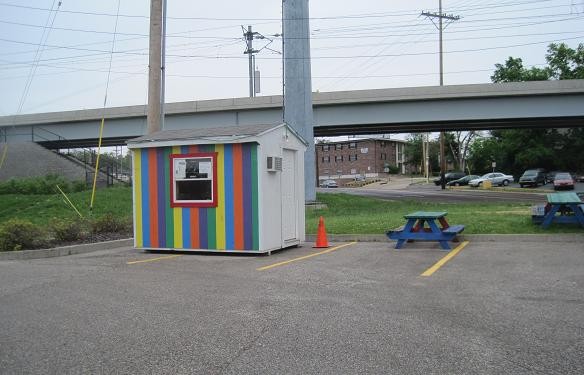 It has been a rough few months for Cup of Sno. In April the Maplewood snow-cone stand was struck by an errant Cadillac. No one was hurt, but the structure was destroyed. A new stand went up in its place in May (pictured right), but that hasn't opened for business.

Yesterday, Cup of Sno itself checked in with a comment on the post about the car accident:


Cup of Sno hasn't been able to open in the Family Video parking lot this year, due to the set back of the accident. However, we are open at the Deer Creek Concession stand just across the parking lot at the Rocket Park.